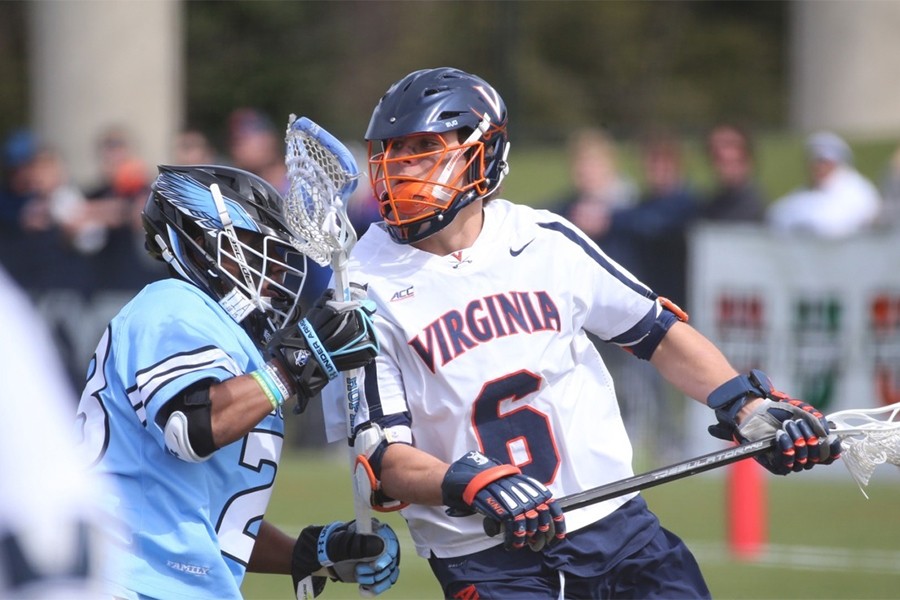 Down seven at halftime, the Johns Hopkins men's lacrosse team rallied for 13 second-half goals to knock off Virginia 15-13 on Saturday afternoon at Klockner Stadium in Charlottesville, Virginia.

Sophomore Cole Williams scored the first two goals of the third quarter to spark a 6-0 run that brought Hopkins within a goal at 9-8. After Virginia scored twice to push its edge to 11-8, the Blue Jays went on a seven-goal run to take control. Senior Joel Tinney capped the flurry with his second goal of the game to put JHU ahead 15-11 with 3:53 to play.

Goalkeeper Brock Turnbaugh notched 10 saves. He faced 27 shots before halftime but just 12 after the break as JHU outshot the Cavaliers 52-39.

The win was the fifth in a row for Hopkins, which has scored at least 13 goals in five consecutive games for the first time since late in the 2015 season. The Blue Jays begin Big Ten Conference play on Sunday when they face Rutgers at 7 p.m.