Peabody Institute founder, known as the father of modern philanthropy, remembered for lifetime of generosity

On this day in 1867, philanthropist George Peabody, who established the Peabody Institute a decade earlier, was presented the Congressional Gold Medal, the highest civilian award in the U.S.

He is remembered today by a Google doodle honoring his contributions.

Born in Massachusetts in 1795, Peabody moved to London in 1837, where he found great success as a financier. His business partnership with Junius Spencer Morgan would give rise to the international investment banking firm, J.P. Morgan &amp; Co. after Peabody's retirement. Known as the father of modern philanthropy, Peabody donated more than $8 million to public causes that transformed housing and educational services in cities around the U.S. and in the U.K. 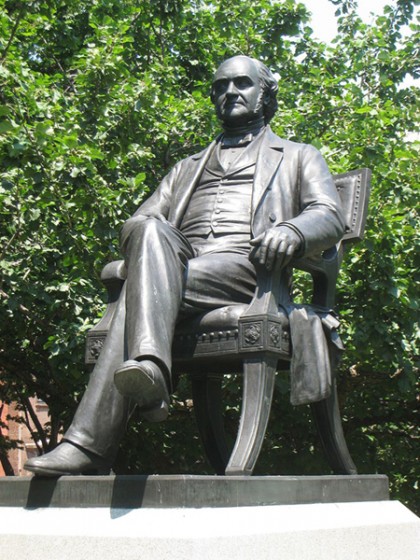 Image caption: This statue of George Peabody, sculpted by William Wetmore and dedicated in 1890, stands adjacent to the Peabody Institute in Mount Vernon Place, Baltimore

His philanthropy made an indelible mark on Baltimore in particular. With a gift of $1.4 million, he established the Peabody Institute, a conservatory and cultural hub for artists, teachers, and scholars to train and spread an understanding of how the arts can uplift human life. His gift is credited with inspiring Mr. Johns Hopkins to establish the university and hospital in 1876, William and Henry Walters to establish the art museum across from the Peabody Institute in 1874, and Enoch Pratt to underwrite America's first public library in 1882. For the generosity displayed over his lifetime, Peabody was awarded the Congressional Gold Medal and made a Freeman of the City of London. He died in London in 1869 at the age of 74.

After his death, the Peabody Institute expanded significantly from 1877 to 1878. During that time, the eastern wing of the George Peabody Library—with its iconic tiers of wrought iron balconies and beveled glass skylight—was completed. The Peabody Institute became a part of Johns Hopkins University in 1977.

Today's Google doodle is based on a mural created by a volunteer team at George Peabody Elementary School in San Francisco. Watch their work below: 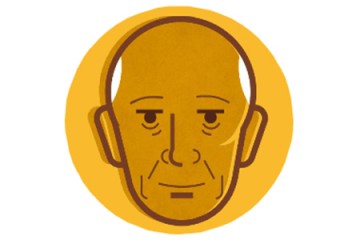 Who was Wilder Penfield and why is he a Google doodle?

Published Jan 26, 2018
Before he revolutionized the field of neurosurgery, Penfield was a student at Hopkins Medicine