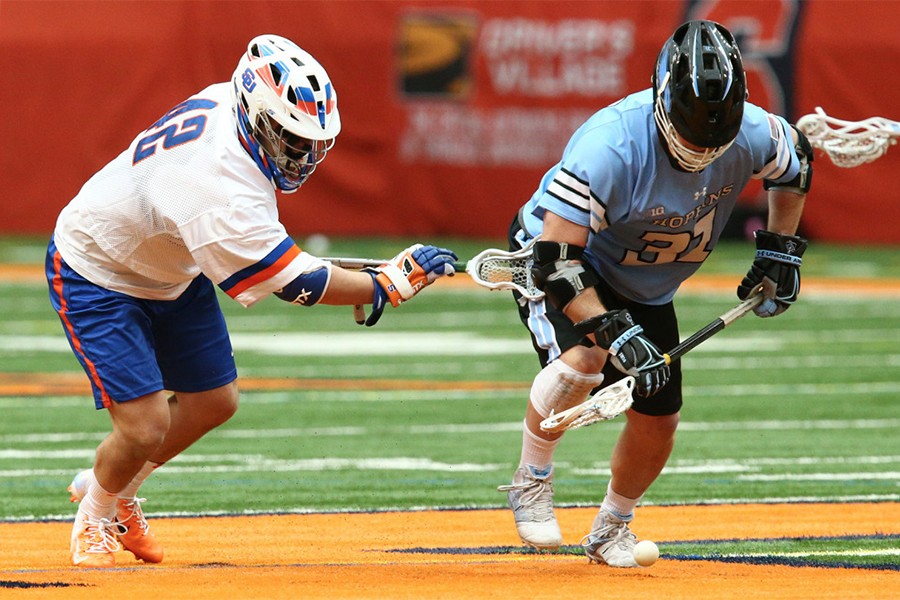 Four players netted hat tricks for the Johns Hopkins men's lacrosse team as it rolled to an 18-7 win against No. 7 Syracuse in front of an announced crowd of 5,542 at the Carrier Dome on Saturday afternoon.

The No. 15 Blue Jays (3-2) jumped to a 3-0 lead in the first 13 minutes, saw the Orange pull within 3-2, then went on a 10-1 run spanning the second and third quarters to put the game out of reach. Sophomore Cole Williams score all of his team-leading four goals during that decisive stretch.

The Orange fell to 3-2 on the season.

The Blue Jays have scored 34 goals in their past two games—wins against Princeton and Syracuse—the team's most goals in a two-game span since the first two rounds of the 2015 NCAA tournament.

Hopkins returns to action Tuesday when it welcomes UMBC to Homewood Field for a 7 p.m. game.