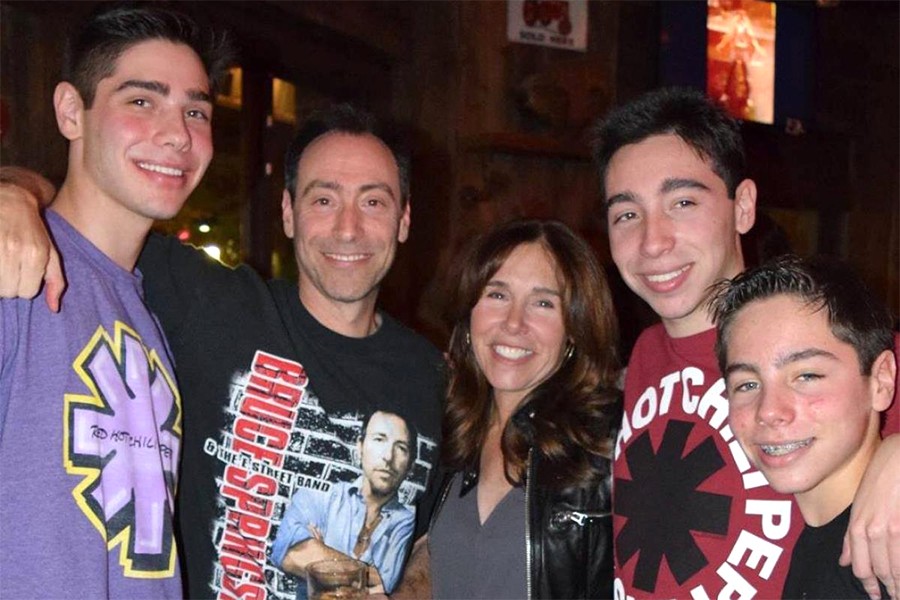 Image caption: Johns Hopkins student Zachary Steinberg (second from right), his parents, and his two brothers were among 12 people killed in a plane crash in the Costa Rican resort area of Punta Islita.

The Johns Hopkins University community is mourning the death of a second-year undergraduate student who, along with four members of his family, was among 12 people killed Sunday in a plane crash in Costa Rica.

Zachary Steinberg, of Scarsdale, New York, was vacationing in Costa Rica with his parents, Bruce and Irene, and his two brothers, Matthew and William.

According to media reports, the small charter plane they were traveling in—a Cessna operated by Nature Air—crashed in a wooded area Sunday afternoon shortly after departing from the Pacific Coast resort area of Punta Islita en route to San Jose, Costa Rica's capital. Five other American passengers and two crew members also died in the crash.

Steinberg was studying chemical and biomolecular engineering at JHU. He was a member of the Sigma Phi Epsilon fraternity and held a leadership role in Engineers Without Borders.

He was also involved in Jewish life on campus and served as an intern at Johns Hopkins Hillel. Noam Bentov, Hillel's executive director, said Steinberg was scheduled to travel to Israel this week on a Birthright trip with peers.

"We are all deeply saddened by this tragic loss," said Kevin Shollenberger, vice provost for student affairs at JHU's Homewood campus. "By all accounts, Zach was an active and engaged member of our campus community who will be missed by many. We offer our deepest sympathies to the relatives and friends of the Steinberg family."

Johns Hopkins will collect messages of condolence on behalf of the family's relatives. Emails or letters can be addressed to the "The Family of Zachary Steinberg" and sent to studentlife@jhu.edu or to the Office of the Dean of Student Life in the Mattin Center, Suite 210.

Information on memorial arrangements will be announced once it is available.