The list features 600 people under the age of 30 who are making great strides in 20 different industries. 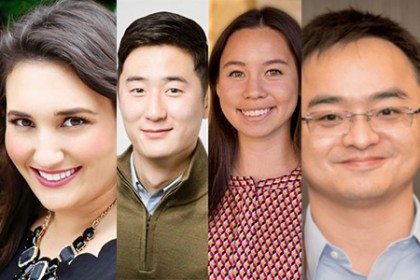 Elizabeth Galbut was recognized in the venture capital category. She earned an MBA from the Johns Hopkins Carey Business School in 2015 and is the managing partner of SoGal Ventures, a firm she co-founded to invest in ventures from the U.S. and Asia that have diverse teams. Through the New York-based firm, Galbut has invested in at least 50 companies. In 2015, prior to SoGal Ventures, she co-founded A-Level Capital, a student-led venture capital firm that supports Johns Hopkins students and young alumni pursuing entrepreneurship.

Luke Lee and Leah Sibener are part of the 3T Biosciences team recognized in the health care category. Lee received his bachelor's degree in cellular and molecular biology in 2011, and Sibener received her degree in biophysics in 2013 before they co-founded the Silicon Valley-based company that uses machine learning to predict the chemicals present in cancer cells but not normal ones. The company uses genetic engineering to modify T cells, a type of white blood cell that targets those chemicals present in cancerous cells.

Liang Wu, who received his master's degree in physics in 2012 and a PhD in 2015 after studying under Peter Armitage in the Department of Physics and Astronomy, is an experimental condensed matter physicist who was recognized on the Forbes list in the science category. He has studied the topological materials that can be used to build the next generation of quantum computers, and his breakthrough work on optical responses could lead to new forms of infrared detectors and solar cells. He is currently a postdoctoral fellow at UC Berkeley and will join the University of Pennsylvania next summer as an assistant professor.

Editor's note: A previous version of this article listed only three alums named to the Forbes list. This version has been updated to reflect that four alums have been named to the list.

Correction: An earlier version of this article failed to note that Wu earned a PhD from Johns Hopkins in 2015. The Hub regrets the error. 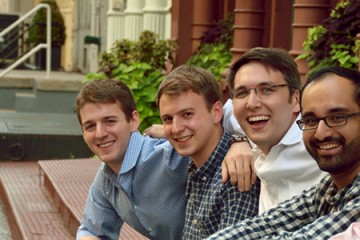