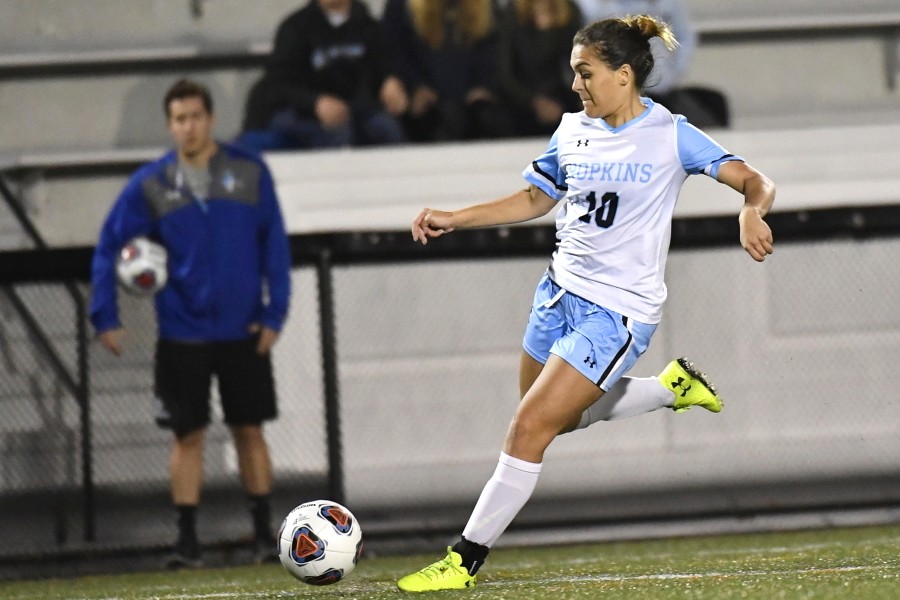 Santangelo had a sensational senior season with 18 goals—the seventh-best total in program history—and four assists for the Blue Jays.

This marks the 10th consecutive year that the Blue Jays have had at least one representative on the All-America teams. Santangelo is the first JHU player to be named to the first team since Hannah Kronick in 2014.

Johns Hopkins went 18-3-3 in 2017 and made their 13th consecutive NCAA Division III tournament appearance, advancing to the national quarterfinals before falling to Williams.