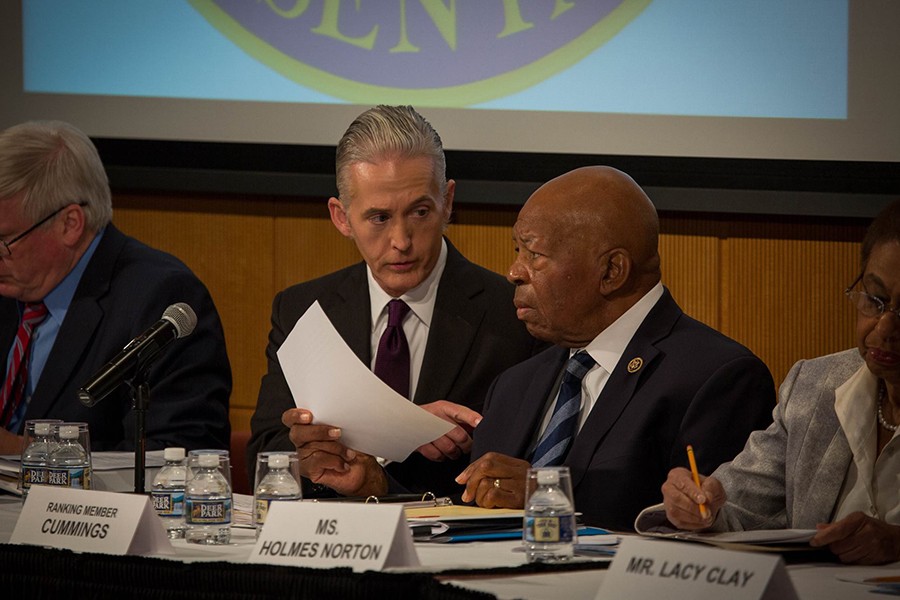 Members of Congress, two governors, and other experts and officials discussed solutions to the opioid crisis during a congressional hearing held at Johns Hopkins Hospital on Nov. 28.

Rep. Elijah Cummings (D-MD), ranking member of the U.S. House Committee on Oversight and Government Reform, said it was important to him to hold the hearing in a city that is devastated by addiction and overdoses and at a hospital that is taking a leadership role in combatting the problem.

"It's no secret that we are in the throes of a crisis," said Redonda Miller, president of Johns Hopkins Hospital, in opening remarks. In 2016, she said, Baltimore averaged nearly two fatal opioid overdoses every day. "As both an anchor institution and as steward of the health care for our local communities, Hopkins takes this issue very seriously."

"As both an anchor institution and as steward of the health care for our local communities, Hopkins takes [the opioid crisis] very seriously."
Redonda Miller
President, Johns Hopkins Hospital

Miller outlined the institution's multipronged approach to the problem, which includes research and clinical care, as well as new prescribing guidelines that limit doses and prohibit automatic refills. Training for the next generation of physicians incorporates best practices in treating and preventing addiction, she said.

Members of the oversight committee said 64,000 people in the U.S. died of drug overdoses last year, and only about 10 percent of those who needed treatment were able to get it. Wen said the lifesaving drug naloxone has gotten so expensive that the city of Baltimore is fast running out.

"This is the greatest and broadest public health epidemic of our lifetime," said Republican New Jersey Gov. Chris Christie, who chairs the President's Commission on Combating Drug Addiction and the Opioid Crisis.

His commission recently released a report with more than 60 proposals, including treatment instead of punishment for drug users who are not drug dealers or violent criminals, disrupting the supply of the deadly opioid fentanyl from China, launching a national advertising campaign about the dangers of opioids, and negotiating with manufacturers for lower naloxone prices.

The report also advocates education in medical school and beyond for prescribers of opioids.

"We are not educating our future doctors, nurses, and dentists on the dangers of these drugs," Christie said.

Alexander, co-director of the Johns Hopkins Bloomberg School of Public Health's Center for Drug Safety and Effectiveness, agreed that reducing physician reliance on opioids for pain management is crucial, and said there's reason for hope: "Patients and providers are increasingly using safer and more effective treatments for chronic, noncancer pain," he told the panel.

Also important, Democrats and Republicans agreed, was removing the stigma attached to drug use, and instead recognizing that substance use disorder is a chronic disease that requires treatment, not condemnation.

"Governor Christie has given us an excellent blueprint with dozens of recommendations," Cummings said to the panel. "Now it's up to us. We need to work together to end this epidemic." 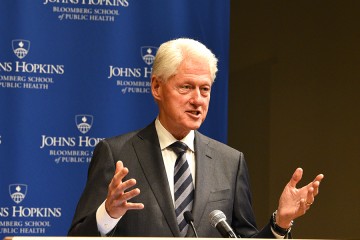 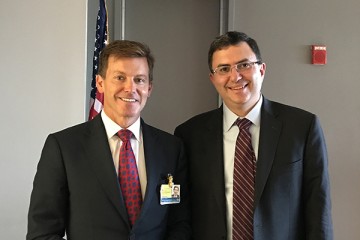