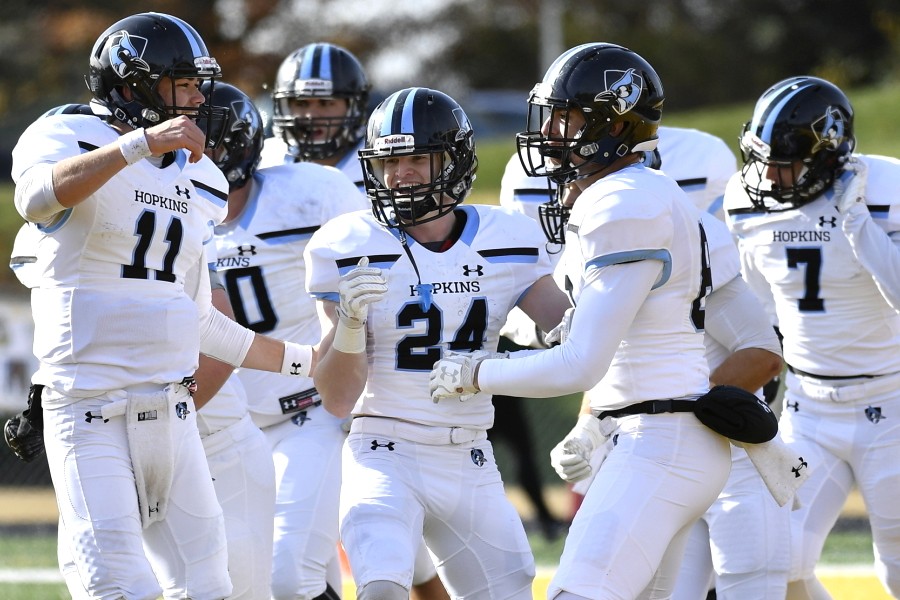 The Johns Hopkins football team will hit the road for the first round of the NCAA Division III tournament, traveling to take on unbeaten Washington & Jefferson on Saturday at noon in Washington, Pennsylvania.

The winner will advance to take on the winner of a game between Wittenberg and Frostburg State.

The No. 20 Blue Jays (9-1) are making their seventh consecutive trip to the NCAA tournament. Hopkins earned a spot in the 32-team field by winning the Centennial Conference regular-season title, which it clinched with a 56-21 win against McDaniel on Saturday.

JHU has advanced to the second round of the NCAA tournament in four out of the past five seasons.

The only previous meeting between the Blue Jays and Presidents was a 42-10 JHU win in an NCAA tournament game played at Homewood Field in 2012.