Men's soccer: Johns Hopkins heads to NCAA round of 16 for first time since 2010 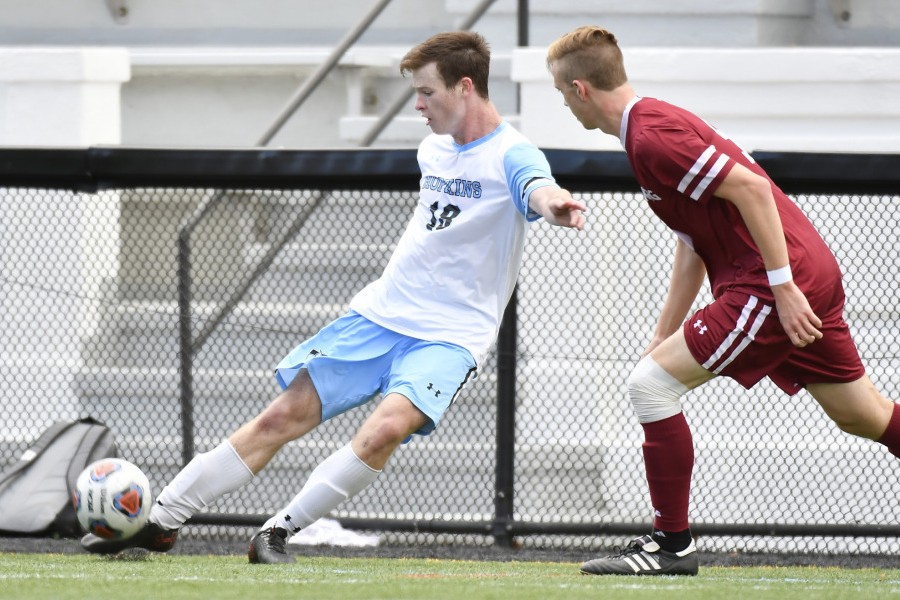 Image caption: Johns Hopkins sophomore Liam Moylan scored Saturday in a 2-0 win against DeSales in the first round of the NCAA Division III men's soccer tournament.

The Johns Hopkins men's soccer team scored a pair of 2-0 wins over the weekend in Glassboro, New Jersey, to advance to the NCAA Division III tournament round of 16 for the first time since 2010.

On Sunday, sophomore Achim Younker scored his team-leading 17th goal in the 20th minute, and junior Andrew Chew added a second-half insurance goal as the No. 23 Blue Jays defeated Cabrini 2-0 in a second-round game.

Johns Hopkins (15-1-3) moved on to face defending national champion Tufts, which is ranked No. 3 nationally. The game time, date, and location will be announced today.