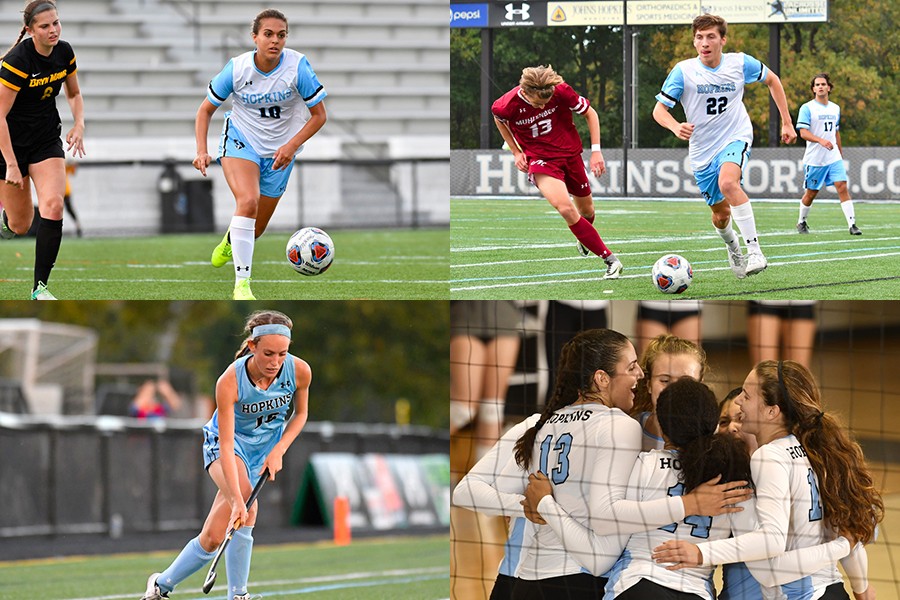 There will be no place quite like Homewood Field (and nearby Goldfarb Gymnasium) this weekend as four Centennial Conference champions are crowned at Johns Hopkins University.

Hopkins earned the right to host four conference tournaments—that's all of them, for those scoring at home—by winning or sharing regular-season titles in men's soccer, women's soccer, field hockey, and volleyball. Altogether, Hopkins combined to go 36-1-2 against conference opponents in those sports this fall.

The Blue Jays are the top seed in all four tournaments. Field hockey and men's soccer semifinals will be played Friday, volleyball and women's soccer get under way on Saturday, and all four championship finals will take place on Sunday. In addition, Johns Hopkins will play its final regular-season home football game of the season on Saturday when it takes on Juniata at noon.

Fans planning to attend any of the events should allow extra time for parking. More information is available at Hopkinssports.com.