Blue Jays kick off the season with home matchup vs. Towson on Feb. 10 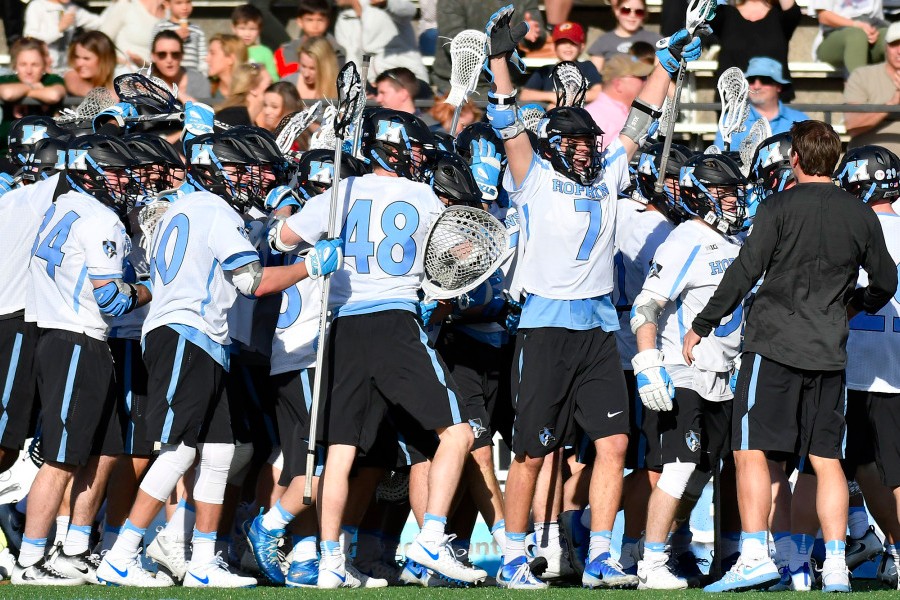 Johns Hopkins University's 2018 men's lacrosse schedule, announced Tuesday, features games against seven teams that made the 16-team NCAA tournament field a year ago, including three of the four national semifinalists.

Game times and television schedules will be announced at a later date. Game dates are also subject to change—most games are tentatively slated for Saturdays but could shift to Friday or Sunday.

This will be the fourth season as member of the Big Ten for Hopkins, which went 8-7 a year ago and lost to Duke in the first round of the NCAA tournament.

"Our non-conference schedule continues to be among the most challenging in the nation and will prepare us well for Big Ten play," Blue Jays coach Dave Pietramala said. "In a short period of time, the Big Ten has developed into a premier men's lacrosse conference, and we look forward to the opportunities presented with our league schedule."

The top four teams in the Big Ten regular-season standings will qualify for the 2018 Big Ten tournament, which will take place at the University of Michigan.

For the first time since 1949, the Hopkins schedule does not include a regular-season game against Navy.