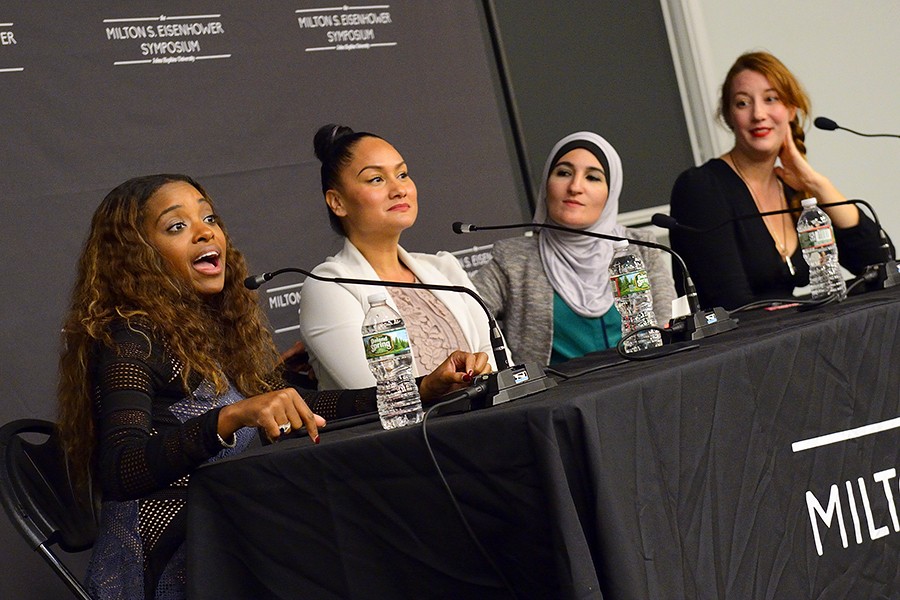 The Jan. 21 Women's March, held the day after President Donald Trump's inauguration, brought together approximately 5 million people around the world to demonstrate their support for equity, tolerance, and safety for all.

The march, which spread to all seven continents, started with a small, simple idea. Bland created a Facebook event for a march on Washington during inauguration weekend. A retired lawyer named Teresa Shook, who lived on the opposite side of the country from Bland, had the same thought.

"Within two hours, because of the magic of social media, we had been connected," Bland said. "We connected as total strangers, and we combined forces, and from there, things really started snowballing."

Their "snowball" turned into the largest coordinated protest in U.S history and one of the largest in world history.

Despite its message of unity, the march and its founders faced plenty of criticism. But Bland said she was grateful for the feedback that social media allowed during the planning process, including the need for women of color among the march's leadership.

"You can't just say that you want something to be unified. … You can't just say, 'Hey you can come sit at the table,'" Bland said. "You have to build the table from its origins with everybody that needs to be around it, everyone that's been affected."

That's what made the march special, she added.

Mallory, a seasoned organizer and co-president of the Women's March, recalled memories of protesters saying the event was the best day of their lives.

"I had no idea, and I know none of us did, that people had turned out in the way in which they did," she said. "It was an incredible day that was beyond all of our expectations." 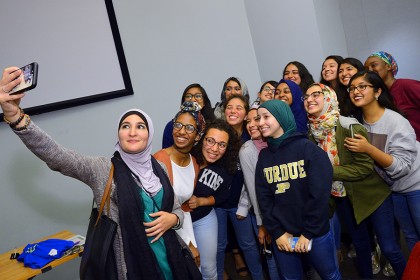 Social media played a significant role in the event's success, but Sarsour made it clear that the Women's March was not a social media movement.

"Activism is about being active. … It's about having transformative relationships with people," she said. "What social media does is it raises awareness, but it doesn't address the actual issue. It's a blessing, but it's also almost the demise of our society."

Sarsour encouraged students to reach out to people they encounter on social media and have real conversations, instead of taking statements on Twitter or Facebook out of context.