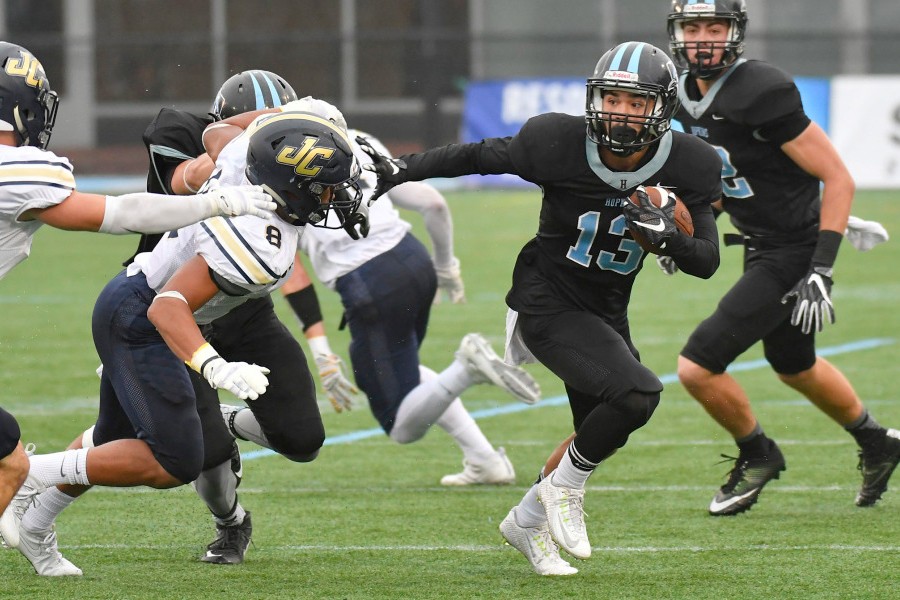 The Johns Hopkins University football team got three big scoring plays in the first half, including an 80-yard touchdown pass on its first play from scrimmage, and cruised to a 41-10 victory at Dickinson on Saturday afternoon.

On defense, Mike Kalanik led the Blue Jays with eight tackles, including 4.5 tackles for loss.

Next up for Hopkins is a visit to Ursinus on Saturday at 1 p.m.