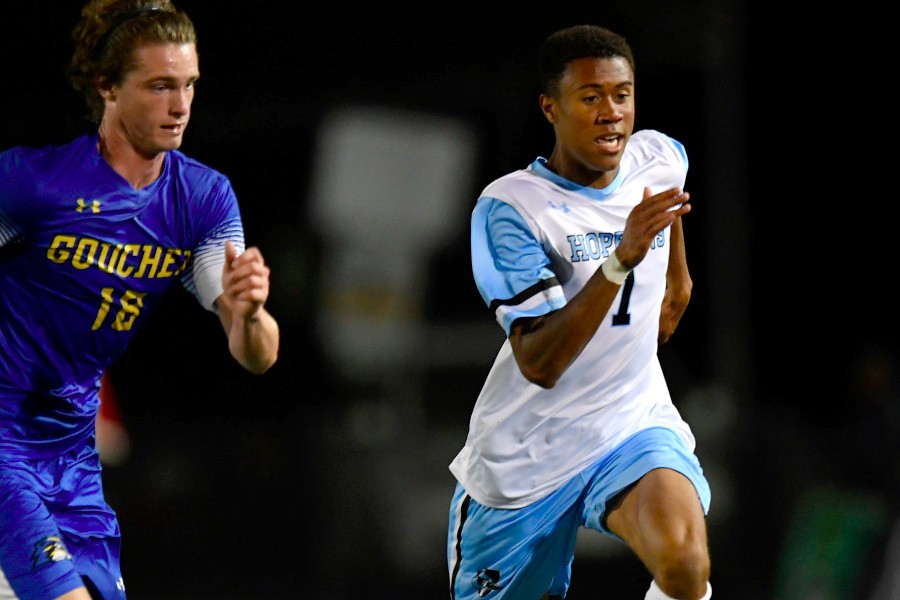 Sophomore Achim Younker scored his team-leading seventh goal on the season, and junior Gerrit Church added an insurance goal in the 38th minute as the Johns Hopkins men's soccer team remained unbeaten with a 2-0 win against No. 8 Haverford on Saturday night at Homewood Field.

The win was the sixth in a row to open the season for the Blue Jays (6-0), who are off to their best start since 2007. Hopkins has outscored its opponents 15-1 in those six contests.

JHU defeated Haverford (4-1) for the first time since 2012. The match was the Centennial Conference opener for both teams.

The Blue Jays return to action Wednesday when they host Neumann at 7 p.m. in a nonconference game.