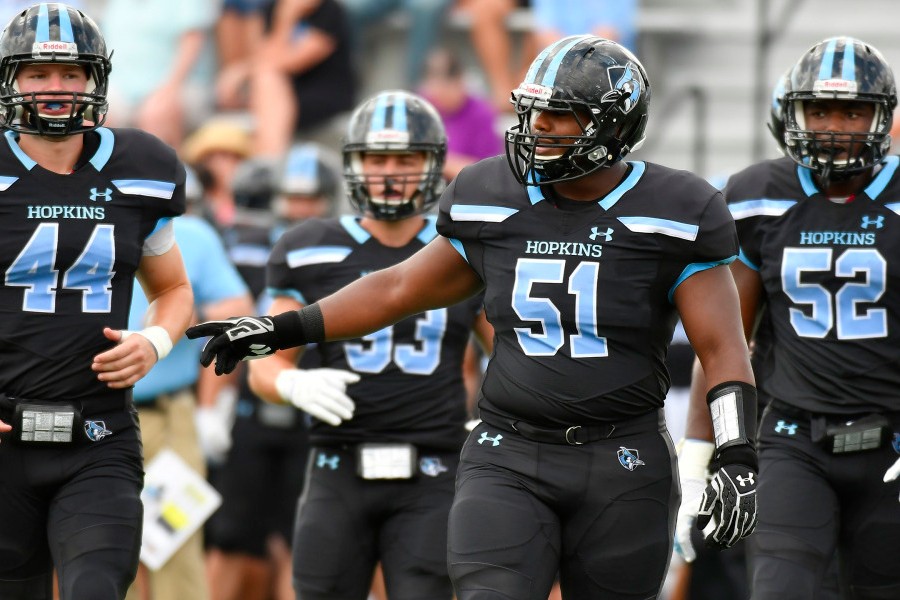 After two narrow victories requiring fourth-quarter comebacks to kick off the season, the Johns Hopkins football team gave itself a bit of breathing room Saturday afternoon against visiting Moravian.

The Blue Jays (3-0) scored first on a 3-yard run from quarterback David Tammaro late in the first quarter, then closed with a 27-0 run to pull away for a 37-7 Centennial Conference victory. It was the 44th consecutive regular-season win for Hopkins, which amassed a season-best 576 yards. *Complete box score**

JHU's defense limited the Greyhounds (0-3) to 273 yards of total offense and recovered a pair of fumbles. Junior Ian Lodge led the defense with seven tackles.

The Blue Jays visit Dickinson on Saturday at 1 p.m.