Hopkins moves up from No. 17 a year ago, ranks ninth among U.S. universities 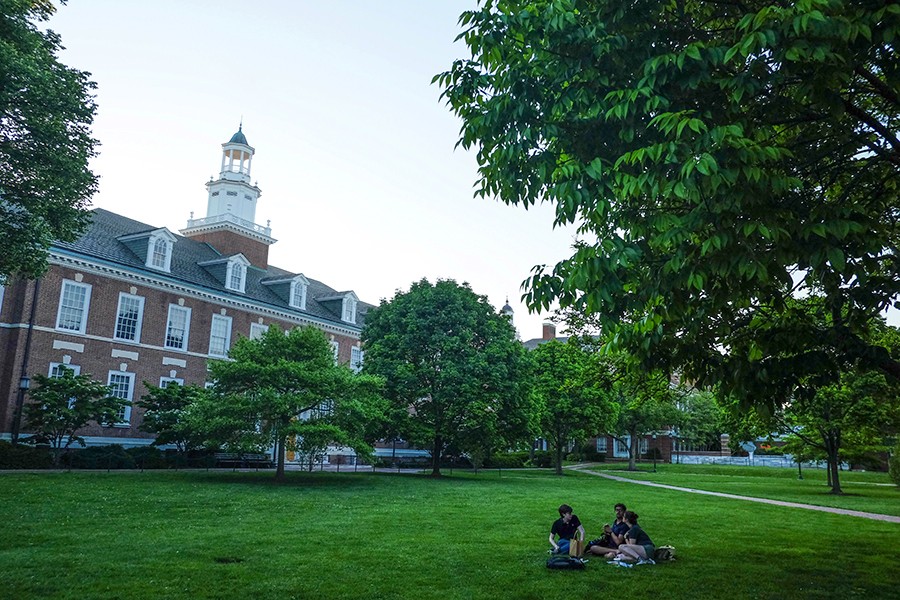 Johns Hopkins University moved up to 13th in the world and ninth among U.S. universities in the newest Times Higher Education world university rankings, published Tuesday.

The university was listed 17th overall and 12th among U.S. schools in last year's THE rankings. The Britain-based magazine annually ranks 1,000 universities from 77 countries based on a global reputation survey, additional measures of research and teaching quality, and other factors.

Johns Hopkins' upward move in the new ranking bucked a downward trend for U.S. universities, THE said. For the first time in the rankings' 14 years, no U.S. institution holds either the first or second slot. Twenty-nine of 62 American schools dropped from last year's positions.

The University of Oxford is listed first for the second consecutive year; Cambridge University, also in the United Kingdom, climbs from fourth to second. The California Institute of Technology, which had topped THE's chart for five years until dropping to second last year, is tied with Stanford University for third in the newest THE ranking.

Times Higher Education is a London-based weekly magazine, published originally as a supplement to The Times of London and later spun out on its own. It covers the British and global higher education sector and also collects and publishes data, arranges conferences, manages awards programs, and issues its annual rankings. Johns Hopkins University President Ronald J. Daniels was among the speakers at THE's World Academic Summit this past weekend.

According to methodology described on THE's website, teaching accounts for 30 percent of a school's ranking. The magazine combines results of a reputation survey of a global selection of scholars with statistical indicators including staff-student ratio and budget.