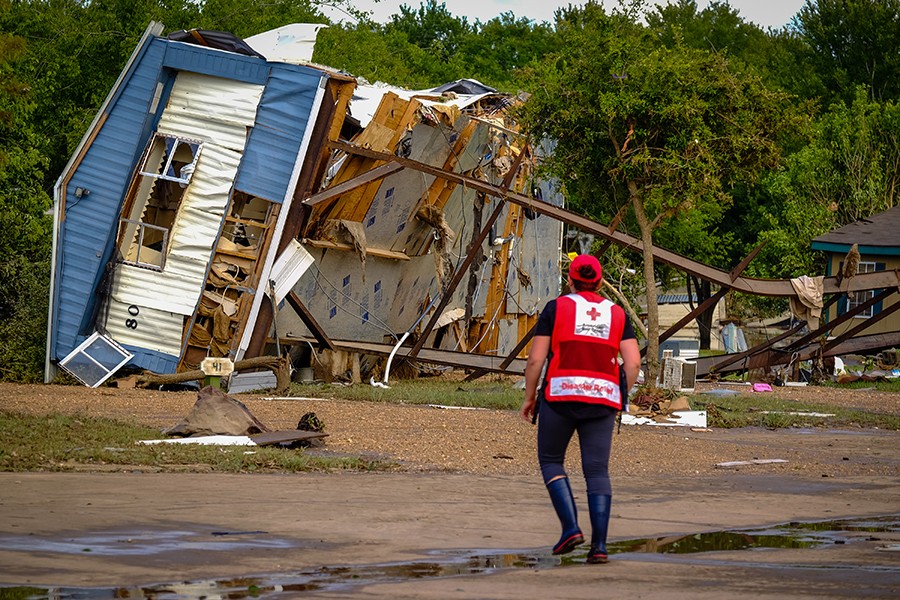 Three Johns Hopkins emergency medicine experts are among those assisting with Hurricane Harvey response efforts in southeast Texas, and two others from Hopkins Medicine could soon be deployed as the region deals with the impacts of widespread flooding and other storm damage.

Harvey made landfall in Texas on August 25 as a Category 4 storm, bringing rain in excess of 50 inches to some areas making it the biggest rainstorm in the history of the continental U.S. At least 46 deaths have been linked to the storm, which caused historic flooding in the Houston area before moving east to Louisiana and Mississippi. 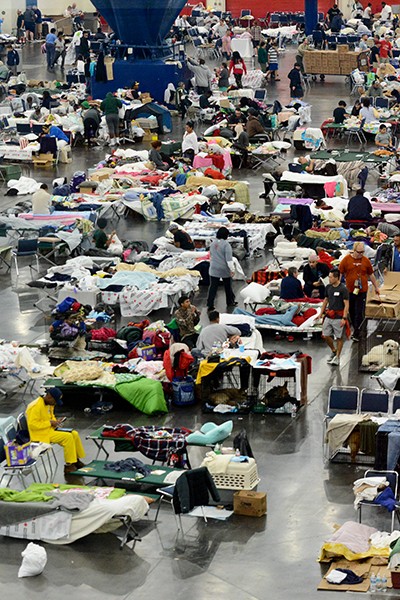 Image caption: In the overnight hours of Aug. 28 into Aug. 29, the shelter population at the George R. Brown Convention Center nearly tripled to over 9,000 residents. "No one will be turned away" was the mantra of service at the Houston Mega Shelter. Pictured is one of five bays of dormitories at the shelter.

The Hopkins experts who deployed included an emergency medicine physician, a pediatric emergency medicine physician, and an EMS nurse from Lifeline, a transportation program that provides for all types of medical transport with a specialization in critical care. Among them is Christina Catlett—a doctor and associate professor of emergency medicine and associate director of the Johns Hopkins' Office of Critical Event Preparedness and Response, or CEPAR. She was part of a group of highly trained personnel deployed to Texas on Friday as part of five federal Disaster Medical Assistance Teams.

CEPAR is continuing to monitor conditions in Texas, said Gabe Kelen, director of CEPAR and of the Department of Emergency Medicine at The Johns Hopkins Hospital.

Kelen said the U.S. is better equipped to deal with a natural disaster such as Hurricane Harvey than it was 12 years ago, when Hurricane Katrina brought widespread devastation to New Orleans and surrounding areas.

CEPAR recommends that individuals not send clothing or supplies to a disaster area via local drives unless specifically requested by a reliable relief organization. These items often don't meet the needs of people in the affected area and require volunteers on-site to sort through them, potentially displacing them from other, more critical efforts.

Kelen said that most reputable nonprofit disaster response or relief organizations prefer monetary donations after a disaster. Officials will be able to use the financial resources in the most appropriate manner to address specific needs.

Michael Millin, an associate professor of emergency medicine who has deployed twice to disaster areas for relief work, says that in emergency scenarios and natural disasters, medical emergencies are often caused by the disruption of normal healthcare systems.

"Patients with chronic medical conditions have difficulty getting care for their hypertension, renal disease, and other health care needs," he said. "They will need to be reconnected to primary care providers, and patients with cancer requiring regular doses of chemotherapy or radiation therapy may become sicker without treatments. The list goes on and on, but the [damage] will likely be much more about regular health problems than issues directly related to the hurricane."