Commentary: It's time to start preparing for the next Hurricane Harvey

Paul Ferraro, a Johns Hopkins expert in environmental and resource economics, says leaders must do more to make sure Americans are prepared, safe 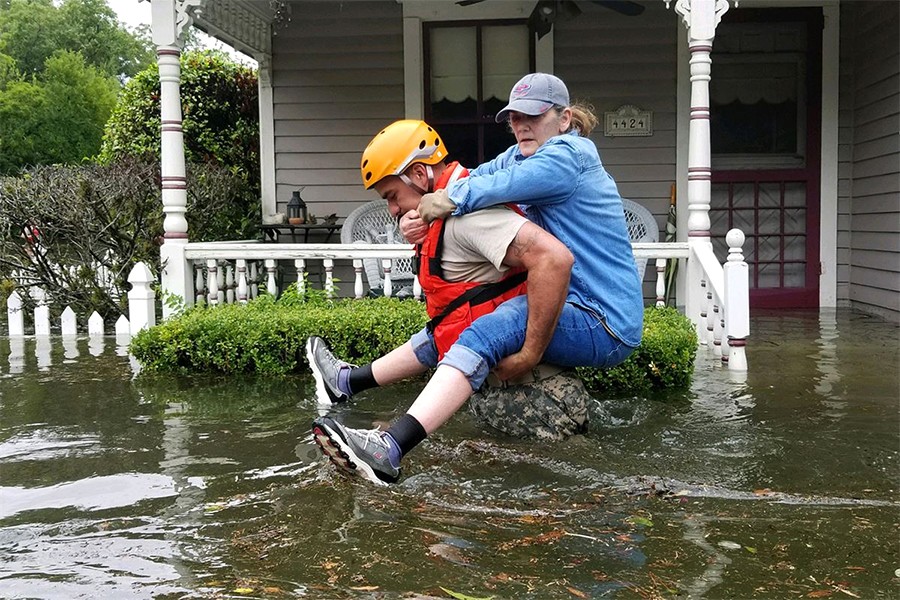 As southeast Texas continues to reel from the widespread flooding and other devastating impacts of Hurricane Harvey, Paul Ferraro, Bloomberg Distinguished Professor of business and engineering at Johns Hopkins University, suggests the time to start preparing for the next Harvey-sized natural disaster is now.

In an op-ed authored for Bloomberg View, Ferraro writes that extreme weather events such as Hurricane Harvey—which had brought more than 42 inches of rain to Houston and been linked to at least 10 deaths as of Tuesday morning—will become more common and that leaders in government must face the realities of climate change.

How Washington made Harvey worse

"It's time to stop using the words 'unprecedented' or 'one in a pick-your-large-number-year flood' to fool ourselves into believing that we're experiencing one-off disasters that can't be defended against," Ferraro writes. "We have the tools to prepare, if we're bold enough to use them."

Those tools, Ferraro says, include an end to building and rebuilding in areas prone to flooding, investments in infrastructure that facilitates (rather than inhibits) stormwater runoff, better communication about flood insurance, and more efficient government-led evacuation efforts.

"Storms like Harvey will be destructive in unpredictable ways, despite the best preparations," he concludes. "But local, state and national leaders have the responsibility to see that Americans are ready, and that damage and loss are kept to a minimum."