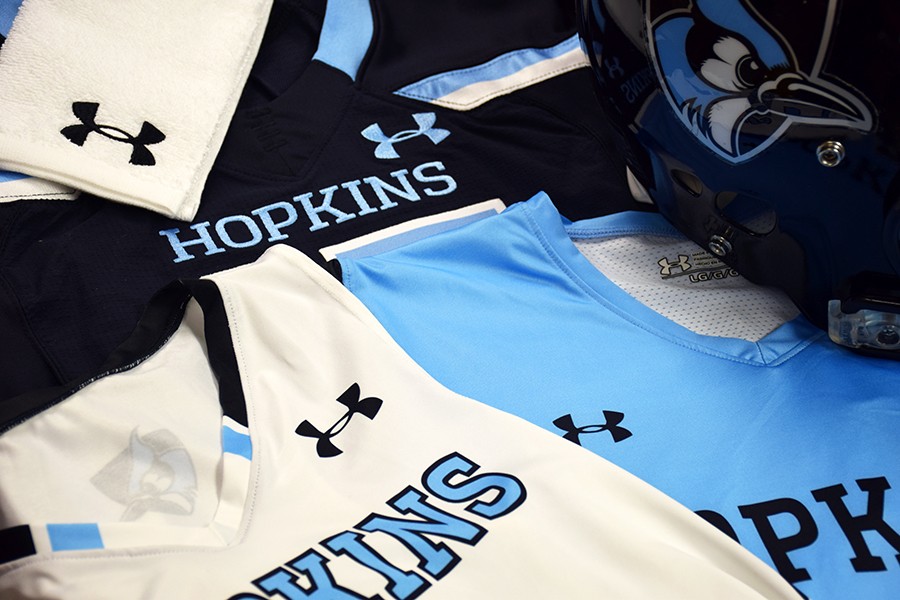 Under the terms of the multi-year agreement, which began July 1, Under Armour will provide uniforms, training footwear, apparel, and equipment for all of JHU's 24 varsity athletics teams. The agreement also includes a comprehensive brand association between Under Armour and Johns Hopkins through various on-site, print, and digital opportunities.

"We are thrilled to join the Under Armour team and its impressive roster of collegiate partners."
Alanna Shanahan
JHU director of athletics

"We are thrilled to join the Under Armour team and its impressive roster of collegiate partners," said Alanna Shanahan, JHU's director of athletics. "Throughout the process, Under Armour demonstrated a commitment to Johns Hopkins University and our goals of academic and athletic excellence. Ensuring our student-athletes are outfitted in the finest performance gear and equipment is among our highest priorities, and our partnership with Under Armour not only accomplishes that goal, but also brings together two of the most powerful and recognizable brands in the world."

"It's a great honor to welcome Johns Hopkins University to the Under Armour family," said Ryan Kuehl, Under Armour's senior vice president of global sports marketing. "We share an unyielding commitment to excellence as well as a love of and intense pride in our great hometown of Baltimore. We are very excited to see the Blue Jays represent our city and the UA brand for years to come."