Rising sophomore who died July 13 worked in cell biology lab and was a member of track team, Alpha Phi sorority 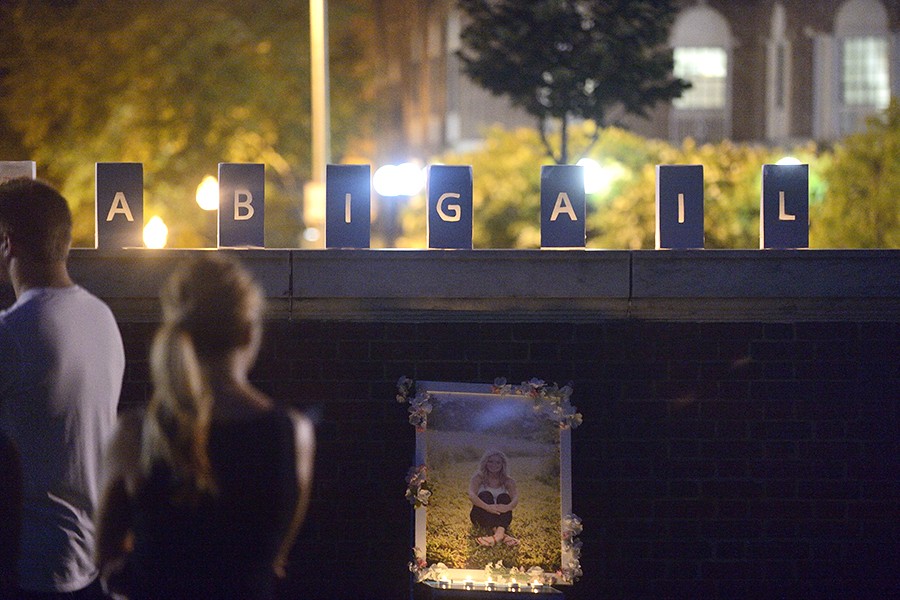 Image caption: More than 60 students attended a candlelight remembrance Thursday night at JHU's Homewood campus for Abigail Bastien, a rising sophomore who died last week at her apartment near campus.

Abigail Bastien, the Johns Hopkins University student who died last week at her apartment building near campus, was remembered Thursday in her hometown of Sandusky, Ohio, as an outstanding student, athlete, and leader, and as someone "deeply committed to her faith."

Geoff Palmer, president of Sandusky Central Catholic School—from which Bastien graduated in 2016—spoke briefly about Bastien on Thursday morning outside the school. He shared remembrances of her from a family member, sentiments echoed over the past week by those who knew her during her time at Johns Hopkins. 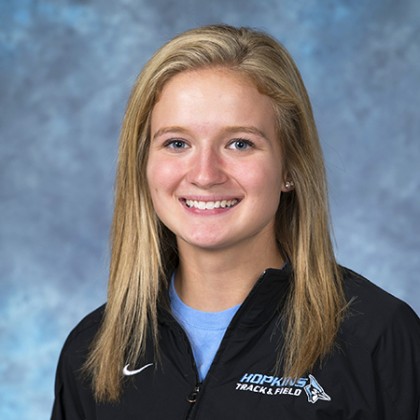 "She had a huge heart, a big smile, a carefree laugh, an impressive drive, and a knack for touching and inspiring so many people," Palmer said. "By just 19, she had already made us proud more times than can be counted and made us laugh just as hard before we lost her way too soon. … She will not be forgotten and forever will be missed."

A funeral is scheduled for 10 a.m. Friday in Sandusky. More than 60 students participated in a candlelight vigil Thursday night on The Beach at JHU's Homewood campus.

Bastien, 19, was found July 13 just north of campus, in the 3700 block of N. Charles Street near The Academy on Charles apartment building. Baltimore City Police are still investigating the cause of her death.

Bastien, a rising sophomore, was a member of the Alpha Phi sorority and a sprinter on JHU's track and field team. Coaches said that she loved being a Johns Hopkins student-athlete, always had a smile on her face, and cared deeply for her teammates.

"Abby was very driven, intrinsically motivated, with her mind set on her academic, athletic, and life goals," JHU sprint coach Shedrick Elliott III said. "She was a go-getter from the moment I met her [during] her senior year of high school—driving seven hours from Ohio on her own with her sister just to visit campus and meet with me as a prospective student-athlete.

"She was an absolute pleasure to be around, with a bubbly personality that was contagious on our team."

Added Hopkins track coach Bobby Van Allen: "Abby was full of positivity and brought a smile to everyone she interacted with on a daily basis. She was very team-oriented and built amazing relationships with her teammates. She will always be remembered in such a positive light." 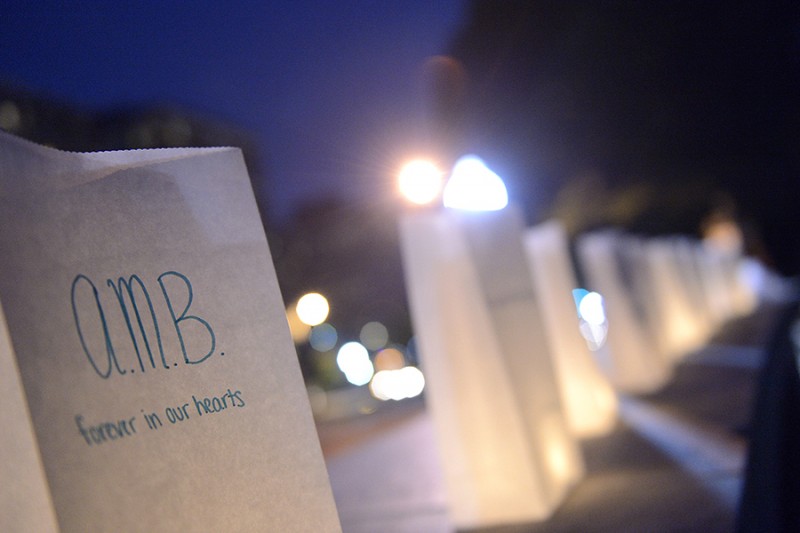 Image caption: More than 60 students took part in a candlelight vigil of Abby Bastien on Thursday night, and students have expressed an interest in holding a campus remembrance closer to the beginning of the fall semester.

This summer, Bastien was working full-time in the Cell Biology Department at JHU's School of Medicine in the lab of Professor Deborah Andrew, where she supported a study of how some cells become specialized to secrete very high levels of proteins. She first joined the lab during the spring semester, spending two days a week assisting a PhD student.

"It was clear that she had the potential to succeed at the very top level, and this seemed to be where she was heading," Andrew wrote in a letter addressed to Bastien's family and friends. "Even at Hopkins, not many undergraduates can put so much time into research, keep up with classes, do college-level athletics, and still have the time to get to know everyone around them. I was so looking forward to having her in my group for the next several years. Abby made being in the lab fun for everyone while at the same time managing to provide invaluable assistance during the school year and then doing an independent but related set of experiments this summer."

Those experiments included using biochemistry and microscopy to examine the expression of specific genes in fruit flies, a multi-step process that Andrew called "technically challenging, especially for someone who has limited experience in the lab."

Based on her contributions, Andrew said, Bastien will be listed as a co-author on the published article detailing the team's findings, which is expected to be submitted for journal review by the end of the year.

"To all of us who had the pleasure of knowing Abby, even if only for half a year, she was a gem," Andrew wrote. "I will miss her laugh, her energy, and all of the fun conversations we shared."

Johns Hopkins students have expressed interest in holding a campus remembrance for Bastien closer to the start of the fall semester; an announcement about that service will be made at a later date.