Johns Hopkins University astrophysicist Charles L. Bennett is the recipient of the 2017 Isaac Newton Medal and Prize, announced today by the Institute of Physics in London in recognition of research that has had a "transformative effect in cosmology." 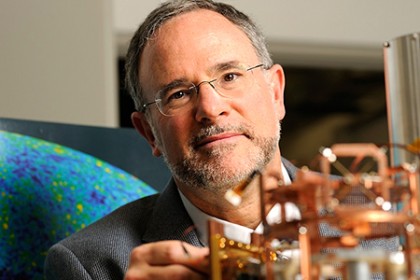 The IOP specifically cited Bennett's work as leader of NASA's Wilkinson Microwave Anisotropy Probe space mission. WMAP, which began in 1996 and ended in 2013, produced results that provided important support for what has come to be known as the Standard Model of Cosmology.

"I am so very honored to receive the Isaac Newton Medal and Prize," said Bennett, a Bloomberg Distinguished Professor, Alumni Centennial Professor of Physics and Astronomy, and Gilman Scholar in JHU's Krieger School of Arts and Sciences.

"This honor is named for a personal hero of mine, for Newton was driven to understand how nature works," said Bennett, who joined the Department of Physics and Astronomy at Johns Hopkins in 2005.

Bennett also directs the Space@Hopkins initiative, an effort to connect an array of Johns Hopkins University divisions, departments, and collaborative institutions in their pursuit of civilian space research.

The Isaac Newton Medal and Prize, to be presented at a ceremony in London in November, is the latest of seven major scientific awards that Bennett has received since 2005 in connection with his work as WMAP's principal investigator. Among them:

WMAP took precise measurements of temperature fluctuations in the cosmic microwave background, the faint relic afterglow left behind by the initial burst of energy that created the universe 13.8 billion years ago. Those measurements, the IOP wrote, helped scientists produce "incontrovertible evidence" of dark energy and dark matter, find the first evidence of the cosmic neutrino background, and narrow the possible physics of the first fraction of a second of the universe. 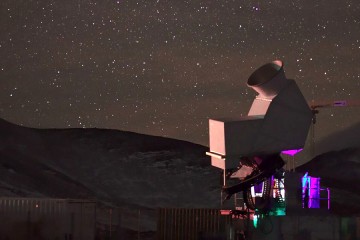