Johns Hopkins Children's Center has been ranked among the top children's centers in the nation by U.S. News & World Report, landing at No. 5 on its 2017–18 Best Children's Hospitals Honor Roll.

Johns Hopkins Children's Center has the distinction of being the only children's hospital integrated with an adult facility to make the honor roll this year, and it continues to be the highest-ranked pediatric hospital in the state of Maryland.

"Every day their work embodies the excellence and innovative spirit for which Johns Hopkins Medicine is known," they wrote. 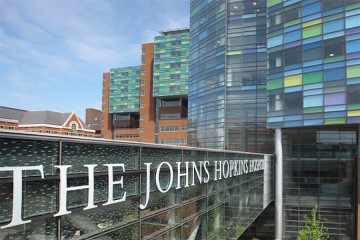