Venue will be closed during fall 2017 semester for installation of new lighting, seats 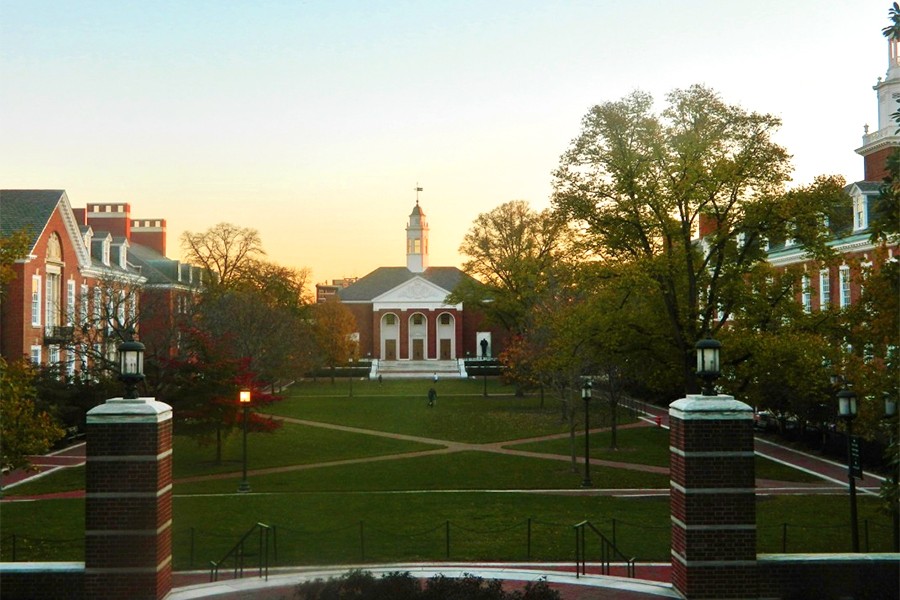 Image caption: Shriver Hall, which first opened in 1954, will be partially closed in the fall of 2017 for the installation of a new lighting system and seats.

In Shriver Hall's more than 60 years, global leaders, Nobel Prize winners, and presidential candidates have made news from behind its lectern.

The auditorium and stage are scheduled to close Sept. 5; reopening is projected for Jan. 15.

The stage has featured actors and activists, academics and authors. And, of course, many, many Johns Hopkins University student singers, dancers, and musicians.

All those lectures, shows, recitals, debates, concerts, and convocations have left one of Baltimore's most important auditoriums—the largest auditorium on campus, which opened in 1954—tired, worn, and in need of work. And now it's going to get it: an all-new lighting system and seats that are wider and more comfortable (and far less likely to break beneath you).

While audiences will be especially grateful for the latter, both patrons and performers will benefit from the lighting upgrades.

"Hopkins Symphony Orchestra is thrilled to have improvements made to Shriver Hall, especially improved lighting, which will benefit both our musicians on stage and audience members," said Nicoleen Willson, HSO's general manager.

Eric Beatty, director of the Homewood Arts Programs said the result will be "a significantly improved theatrical atmosphere" for the student performing arts groups he oversees.

"Dance and a cappella groups will be able to present more professional lighting effects for their concerts," he said, "and student stage technicians will have the chance to design lights for groups and possibly be on site to run lighting cues during performances." 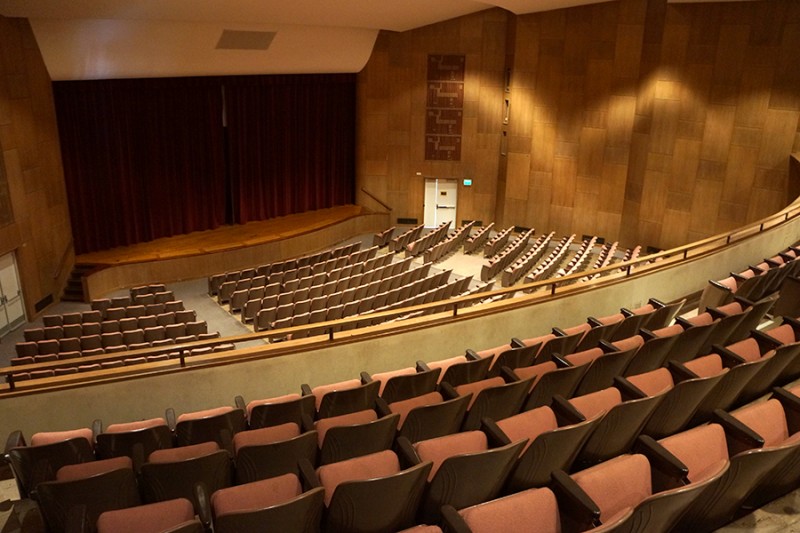 Image caption: An interior shot of the two-tiered Shriver Hall auditorium, which currently has a capacity of 1,100.

Unfortunately, progress comes with a price: Shriver Hall Auditorium will be closed to all performances, lectures, rehearsals and other events for almost the entire 2017 fall semester. The planned renovations are just too extensive to allow the hard hats and impresarios to work around each other's needs.

Although the project is still in the design phase and details are still being worked out, the replacement lighting systems will include all-new LED fixtures, said Amy Mercurio, director of design and construction in the university's Office of Facilities and Real Estate. That will improve lighting effectiveness, energy efficiency, flexibility in on-stage lighting design, ease of use, and safety.

The job is large and complex, including not only new lamps and rigging, but also the replacement of wiring, circuit boxes, and controls throughout the auditorium, stage, and backstage areas. There will also be lighting system improvements in the first-floor lobby and second-floor Clipper Room. The electrical aspects of the lighting project will lay the groundwork for any future upgrade of the house sound system.

Design is also under way for replacement of the auditorium's creaky and sometimes uncomfortable seats, an improvement that audiences have asked about for years. Project managers from Facilities and leaders of groups that frequently book Shriver are planning field trips to look at other auditorium seating projects and see what options are available. One thing that is known: modern standards for seat width and accessibility are likely to cut the maximum house from just under 1,100 people to something in the range of 900, balcony included.

The auditorium and stage are scheduled to close Sept. 5; reopening is projected for Jan. 15. The Clipper Room and Shriver Hall board room will remain available for scheduling throughout the fall semester; work crews will schedule isolated power outages around booked events.

HSO has shifted two fall concerts to the Baltimore War Memorial downtown, near City Hall. The Shriver Hall Concert Series will soon announce a new venue for its fall chamber concerts. After the annual Orientation Shows in Shriver, the Homewood Arts Programs and other student events—such as the long-running Milton S. Eisenhower Symposium—will spend the semester working out of various venues, mostly on campus.

Correction: An earlier version of this article incorrectly stated the year in which Shriver Hall opened. The Hub regrets the error.