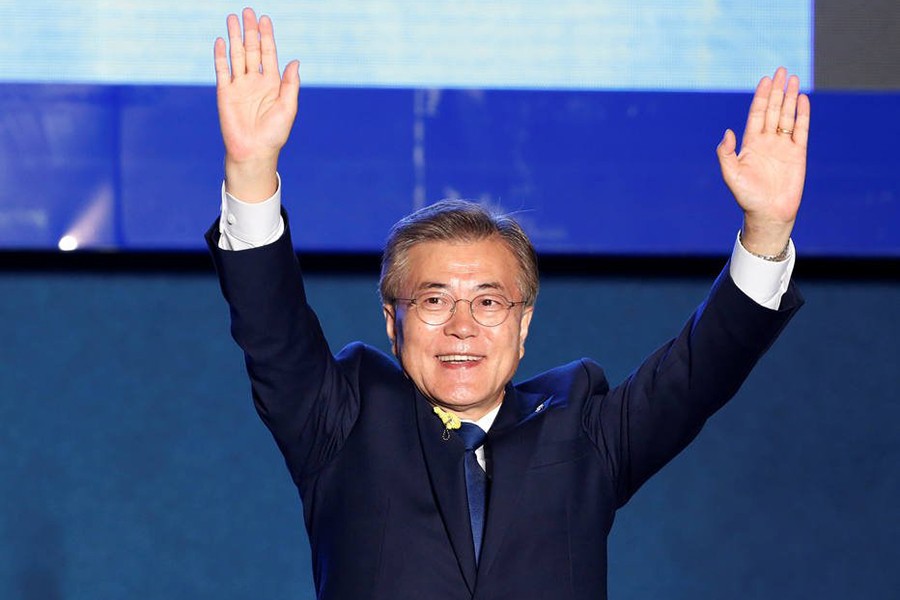 South Koreans headed to the polls Tuesday to elect a new president to replace Park Geun-hye, who was impeached last month following a corruption scandal and mass protests calling for her resignation. Liberal Moon Jae-in won the election with little more than 41 percent of the vote.

Ahead of the election, Johns Hopkins University lecturer Eunjung Lim cast predictions in the online publication The Conversation about what challenges the new leader of South Korea—an essential U.S. ally—might face.

Almost immediately, the next South Korean president must unite a deeply fragmented country, says Lim, an expert in South Korean and Japanese political economy and comparative politics. Divisions of loyalties prompted by Park's ouster have led to a saturation of political parties—and no party currently holds a majority in the legislation, Lim notes.

"[Although Moon Jae-in] looks likely to win the election, he and his party will have to negotiate with other parties to pass legislation," Lim writes. 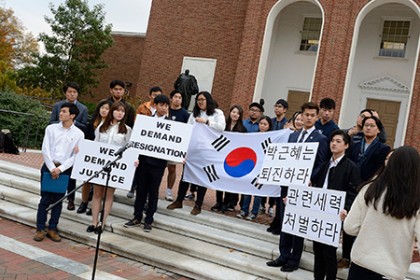 She adds that an abundance of presidential candidates—15 candidates registered and 13 appeared on the ballot—following a divisive campaign with combative televised debates has left South Korean society struggling to unite.

"Korean society is divided into those who want fundamental political and economic reform, and those who remain sympathetic to Park," she writes. "[W]hoever wins the election is likely to prevail with a small margin."

In foreign spheres, the next president will face mounting pressure from competing Chinese and American policy objectives, says Lim. The U.S. has an interest in keeping THAAD, a strategic missile defense system, in place in South Korea, but that move is staunchly opposed by China, and Lim says the next president must decide how to respond.

"Moon's stance toward THAAD has been lukewarm and ambivalent, so if he wins the election, Beijing might push his administration to review the decision," she says.

Finally, Lim writes, the next president of South Korea must decide how to approach relations with its reclusive and unpredictable neighbor, North Korea. In the past, cooperation between the countries—particularly under the "Sunshine Policy" of former South Korean leader Kim Dae-jung—has been criticized as a policy that afforded North Korea the time and the capital to amass its nuclear arsenal.

"[South Korean conservatives] are worried that Moon may try to restart inter-Korean dialogue or rapprochement in spite of tough sanctions facing North Korea for its arms programs," Lim writes.

Read more from The Conversation