Senior Haley Schweizer, who has 33 goals in 17 games, a unanimous selection 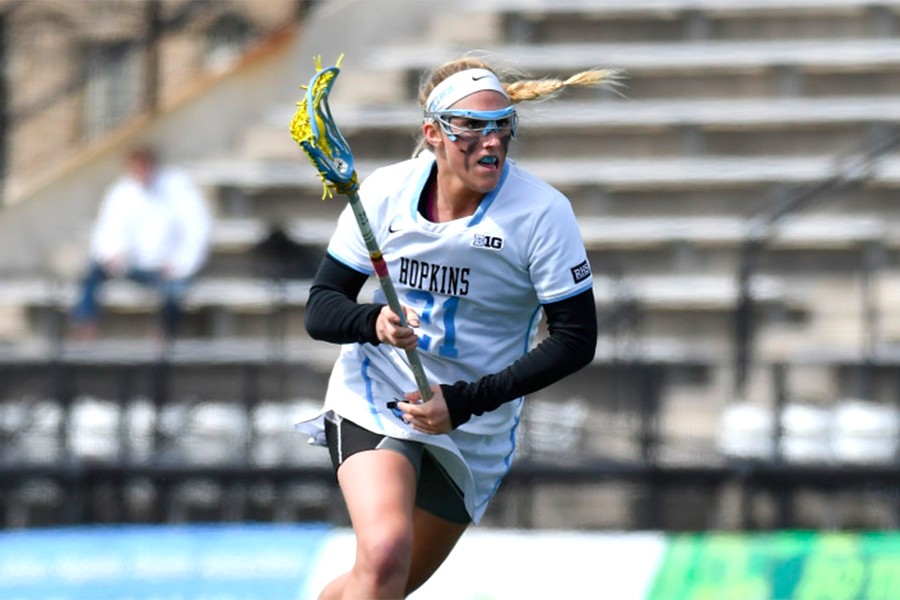 The Johns Hopkins women's lacrosse team had three players named to the 2017 all-Big Ten team announced Wednesday afternoon, including senior midfielder Haley Schweizer, who was a unanimous selection. She was joined on the team by senior defender Nevi Fernandez and junior attacker Emily Kenul.

In addition, senior defender Maddie Bodden was one of seven Sportsmanship Award recipients in the league. Sportsmanship Award honorees are individuals who have distinguished themselves through sportsmanship and ethical behavior, are in good academic standing, and have demonstrated good citizenship outside of the sports-competition setting.

Fernandez anchors a Hopkins defense that ranks second in the Big Ten and 27th nationally in scoring defense, permitting 9.94 goals per game. The Blue Jays have held nine of their opponents to single digits and have held four of those to six or fewer goals.

Kenul, who missed four games due to an injury, is tied for third on the team in goals (23) and points (38) and ranks third in assists (15). She also leads the Blue Jays with 39 draws.

Fourth-seeded Johns Hopkins (11-6, 3-3 Big Ten) will face top-seeded and host Maryland (17-0), the nation's top-ranked team, in the Big Ten semifinals on Friday at 6 p.m. The winner advances to Sunday's championship game to play the winner of a matchup between second-seeded Penn State and third-seeded Northwestern. All three games will air live on the Big Ten Network.