Two Johns Hopkins undergraduate students have received Boren Scholarships to study foreign languages in regions critical to U.S. national security. During the 2017-2018 school year, Ian Markham will travel to Latvia, and Kacie Wuthrich will travel to Beijing and Shanghai to study Mandarin. 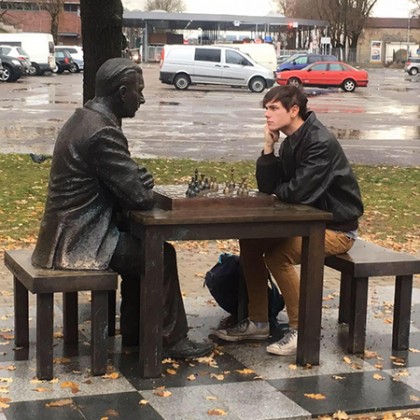 The scholarship, established by former U.S. Sen. David Boren from Oklahoma, aims to increase the number of American students studying in nations that are underrepresented in traditional study abroad programs. The awards grant between $8,000 and $20,000 to students who plan to work in the federal government for at least one year following graduation.

"Over the last three years, five Hopkins students—international studies majors, political science majors, and STEM students—have joined Boren Scholars from over 100 colleges and universities nationwide," says Jeannette Miller, a scholarship and fellowship officer in the National Fellowships Program for Homewood Student Affairs. "Through the program, our students examine firsthand the questions critical to U.S. national security and engage in their local communities abroad in order to prepare for their careers in the federal government."

Markham, a junior double majoring in international studies and French with a double minor in linguistics and Russian, says he loves everything to do with language. As a Boren Scholar, he will be studying Russian at a language center in Riga, Latvia, and will take courses in culture and history at the community college there.

"I studied in Estonia last fall, and I really loved the Baltic state region and wanted to go back," he says. "Eventually I want to work for the government, either as a foreign service officer with the State Department, or dealing with human rights or security policy with the CIA or NSA. So this program was the perfect fit for me." 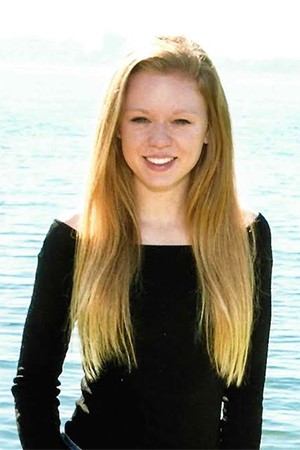 Wuthrich, a sophomore majoring in international studies and East Asian Studies, will travel to Beijing and Shanghai to study Mandarin. She says the Boren Scholarship's emphasis on underrepresented study abroad locales matched up with her previously determined study abroad goals.

"I've been studying Chinese language for a really long time, and felt that I needed to go to China in order to finish that language development, and to be able to practice those skills outside of the classroom," she says. She says she hopes to work for the foreign service, possibly with the State Department on foreign relations.