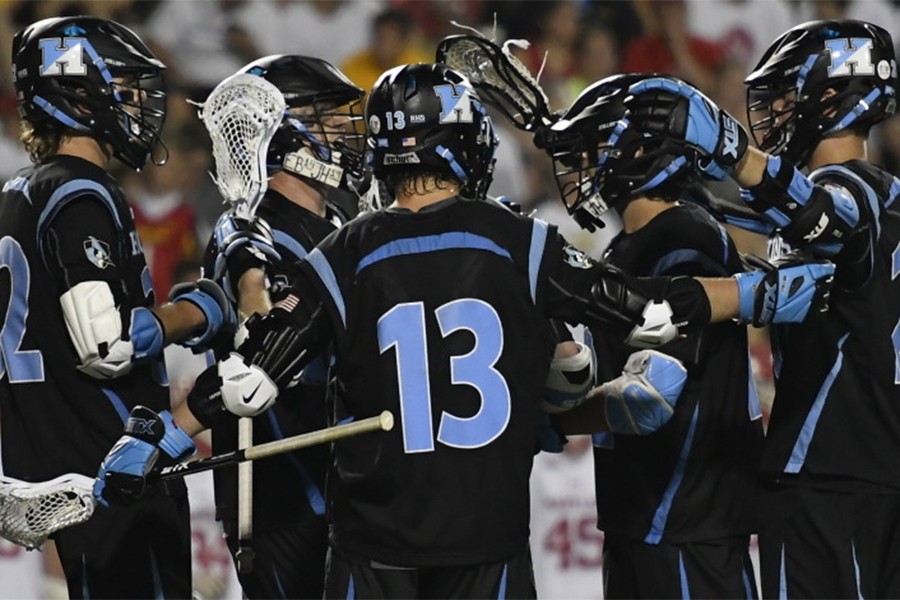 No. 5 Maryland scored the game's first eight goals, led 9-1 at halftime, and cruised to a 12-5 win against the Johns Hopkins men's lacrosse team on Saturday night in College Park, Maryland.

The matchup between the longtime rivals, who came into the game tied for first place in the Big Ten Conference and ranked among the top 10 teams in the nation, didn't measure up to its advance billing as the Terrapins (10-3) raced to a big lead and never looked back. Connor Kelly paced Maryland with four goals in the game's first 15:20.

No. 8 Hopkins (8-5) scored its first goal with 9:13 to play before halftime, a Cole Williams strike off an assist by Alex Concannon. The loss was the first for the Blue Jays at Maryland since 2001. Complete box score

The win secured the outright Big Ten regular-season title for Maryland, which also grabbed the top seed in next week's Big Ten Tournament and will play fourth-seeded Penn State in the semifinals. The third-seeded Blue Jays will play No. 2 seed and host Ohio State.