She led Blue Jays to 537 victories, 10 NCAA tournament appearances during her tenure 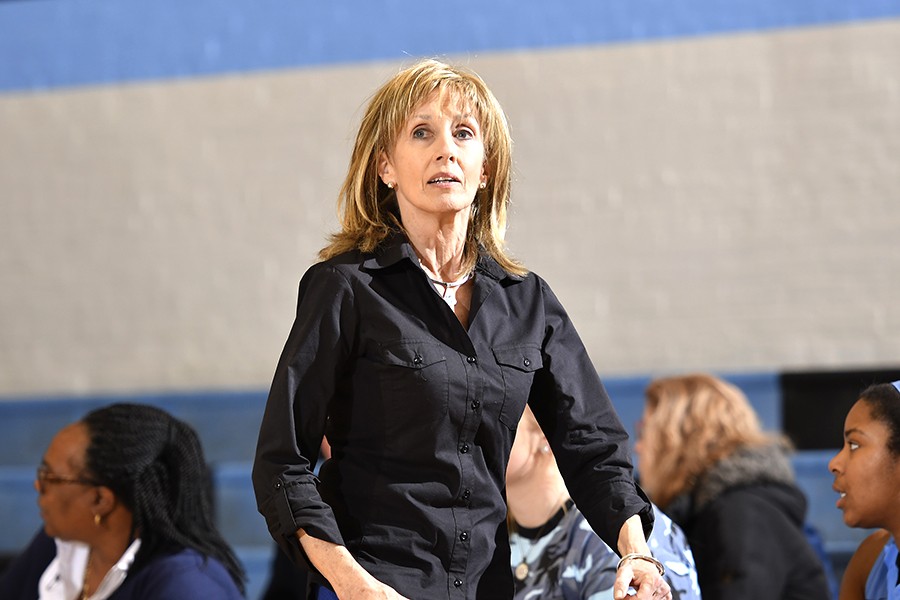 Image caption: Nancy Funk led the Blue Jays women's basketball team to a 537-264 record in her 31 seasons as head coach.

Nancy Funk, the longtime head coach of the Johns Hopkins women's basketball team, announced today that she will retire at the end of the current academic year.

Funk, the winningest coach in program history, will step down June 30 after 31 years leading the Blue Jays. Johns Hopkins will conduct a national search for her successor.

"After much thought and careful consideration, I have decided to retire from the position I hold so dear as the head women's basketball coach at Johns Hopkins University," Funk said in a statement. "Thirty-one years ago, legendary Director of Athletics Bob Scott gave me a tremendous opportunity when he offered me this position. His guidance and support, along with that of his successors, Tom Calder and Alanna Shanahan, made it a blessing to work at this university that I love and respect so very much."

"It is easy to measure the success of a head coach by wins and losses, but that doesn't begin to tell the whole story of the career of Nancy Funk at Johns Hopkins," said Shanahan, Johns Hopkins' director of athletics and recreation since July 2016. "Yes, her legacy includes conference championships, NCAA tournament appearances, and more victories than any women's coach in school history, but she also mentored so many young coaches—male and female—who came to Johns Hopkins and built highly successful programs of their own. In several years we will celebrate 50 years of women's athletics at Johns Hopkins; in that time there will not likely have been a more prominent figure than Nancy Funk."

Funk coached 80 all-conference selections, four Centennial Conference players of the year, six WBCA All-Americans, two Frances Pomeroy Naismith Award winners, and two NCAA Postgraduate Scholarship recipients during her time at Hopkins. Ten of her players have been inducted into the Johns Hopkins Athletic Hall of Fame, and Funk herself joined that prestigious group in 2015.

"I cherish the 40 years of coaching that have allowed me to be a part of the lives of so many outstanding young women and their families, both during their time in college and beyond," Funk said. "The wonderful relationships we have with our alumni are very special—I am truly grateful for those relationships."

A 1977 graduate of Messiah College, Funk spent nine years as the head women's basketball coach at her alma mater, where she compiled a 126-89 record. In 1986, she made the move to Johns Hopkins and concludes her 40-year coaching career with a record of 663-353 (.653). She ranks eighth in NCAA Division III history in career victories.