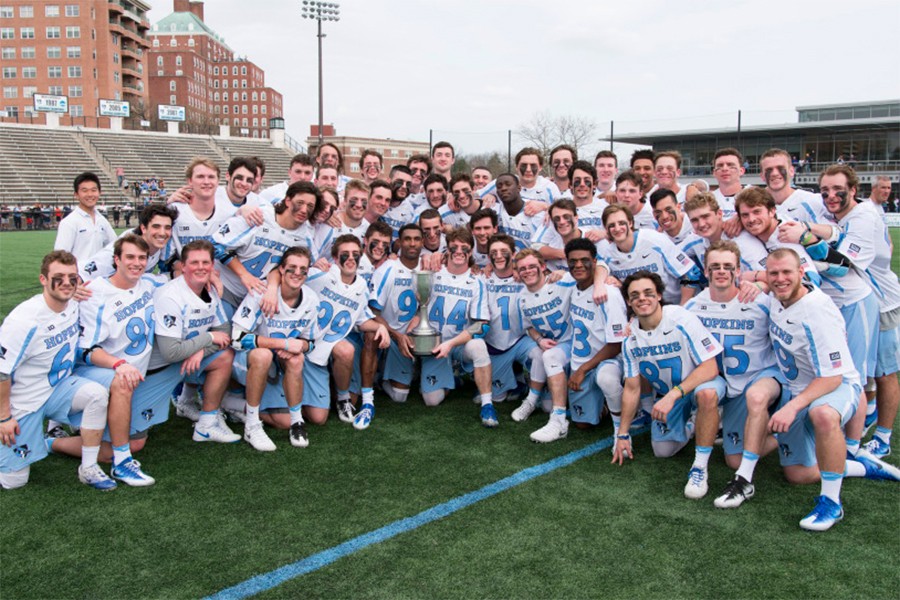 Sophomore Kyle Marr scored three goals and added a career-high six assists to lead the Johns Hopkins men's lacrosse team to a 19-9 victory against Michigan in a Big Ten Conference game at Homewood Field on Saturday.

After firing 38 shots in the first three periods, the Blue Jays slowed the pace and subbed liberally during a fourth quarter. Michigan (8-5, 0-4 Big Ten) scored four of its nine goals in the third quarter and drew within eight on three different occasions, but could get no closer.

The win, the second straight and fourth in the last five games for JHU, secures a spot in the upcoming Big Ten tournament for the Blue Jays, who improve to 3-1 in league play with the victory. Hopkins is in a three-way tie atop the conference—both Ohio State and Maryland are also 3-1—heading into Saturday's 8 p.m. showdown with the Terrapins in College Park, Maryland.