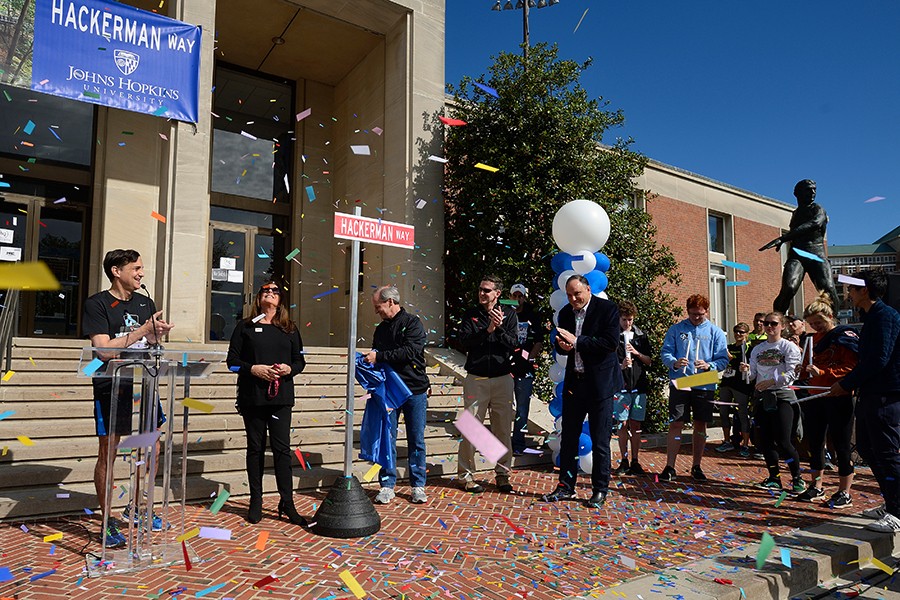 JHU President Ronald J. Daniels unveiled the new Hackerman Way sign at an event on the steps of the Newton White Athletic Center. The ceremony took place before the start of the annual Blue Jay 5K, which supports lymphoma research in memory of former JHU cross country runner Rebecca Grande, who died in 2012. 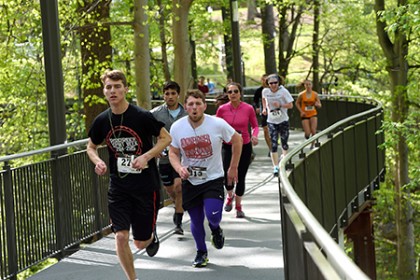 Hackerman, longtime president and CEO of the Whiting-Turner Contracting Co., a 1938 civil engineering graduate of Johns Hopkins, and a former university trustee, died in 2014. He was 95.

Hackerman led the effort to reestablish the university's stand-alone engineering school in 1979 and was instrumental in securing the school-naming gift from his mentor, G.W.C. Whiting.

The event marked the formal conclusion of the year-long, $15 million San Martin Drive improvement project. Whiting-Turner was the contractor on the project.