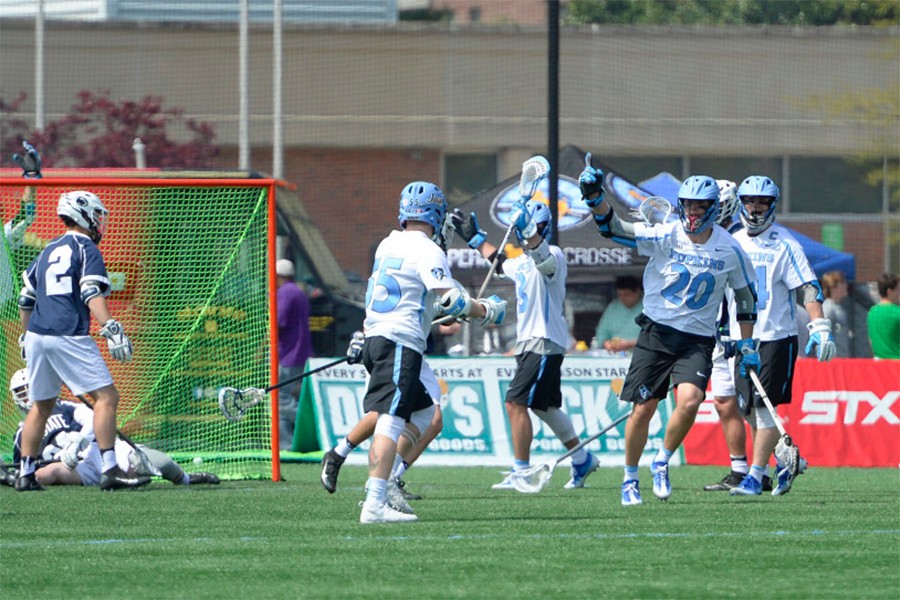 The Johns Hopkins men's lacrosse team raced to a 10-5 halftime lead, then held of a furious Penn State rally in the fourth quarter for a 13-11 victory on Saturday afternoon at Homewood Field.

The loss was the second in a row for Penn State following a 10-game winning streak to start the season.

Hopkins returns to action Saturday against Michigan at 2 p.m. at Homewood Field.