Men's lacrosse: Hopkins runs out of gas on road vs. Ohio State 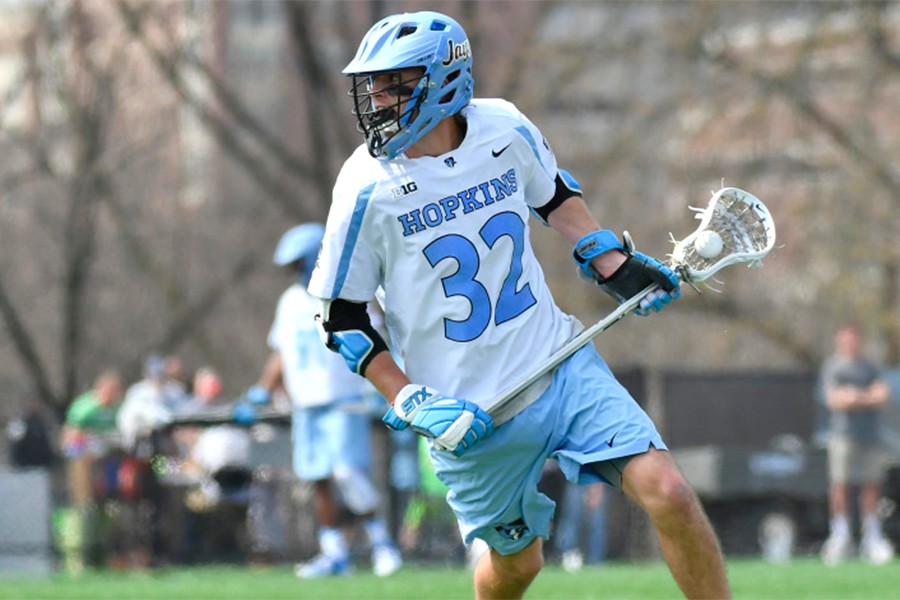 Image caption: Shack Stanwick extended his points streak to 43 games with two goals and an assist against Ohio State.

The No. 13 Blue Jays (6-4) led 7-6 at halftime but were shut out in the third quarter as the Buckeyes (10-2) took command. With the win, Ohio State ended a two-game losing streak, while Hopkins had a two-game winning streak snapped. Both teams are 1-1 in the Big Ten.

Hopkins hosts Penn State on Saturday at 2 p.m. at Homewood Field. The Nittany Lions were ranked No. 1 in the nation in last week's polls after winning their first 10 games of the season but took their first loss over the weekend against No. 6 Maryland.