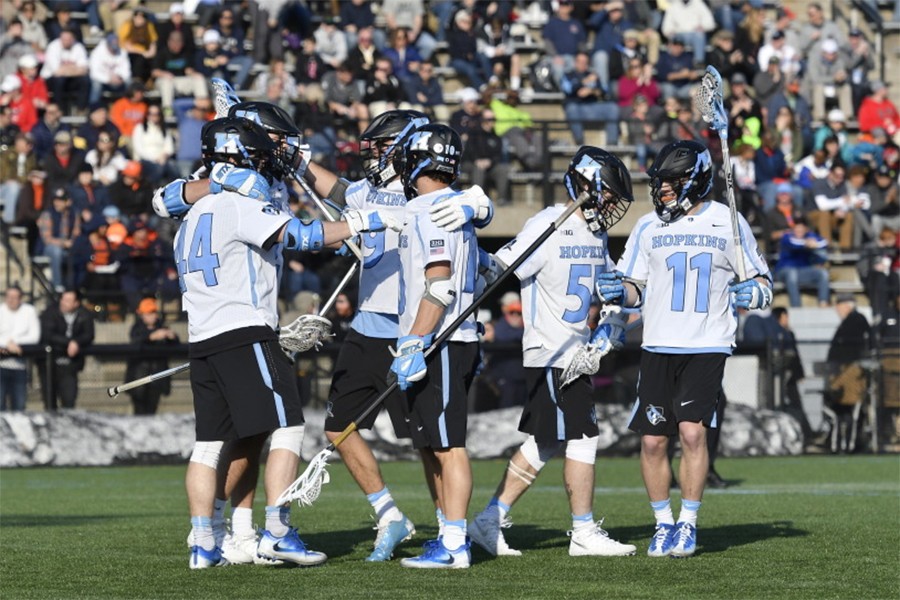 The Johns Hopkins men's lacrosse team scored six of the game's first seven goals in a dominant first half en route to a 12-6 win against No. 7 Rutgers in the Big Ten Conference opener for both teams at Homewood Field on Friday night.

The No. 13 Blue Jays (6-3) led 4-0 after 12 and half minutes of play and outshot the visitors 26-9 during the first 30 minutes to earn their second consecutive win. The Scarlet Knights, who have wins over top 20 foes Brown, Stony Brook, and Princeton on their résumé, lost their second straight contest after an 8-0 start to the season.

Goalkeeper Brock Turnbaugh notched eight of his 12 saves in the second half as Rutgers tried to rally. The Scarlet Knights got as close as three goals, when a Connor Murphy strike late in the third period cut the deficit to 8-5, but JHU pulled away with a three-goal run.

Johns Hopkins will return to action on Sunday when the Blue Jays travel to Ohio State. Faceoff in Columbus is set for 7 p.m., and the game will be shown live on on the Big Ten Network.