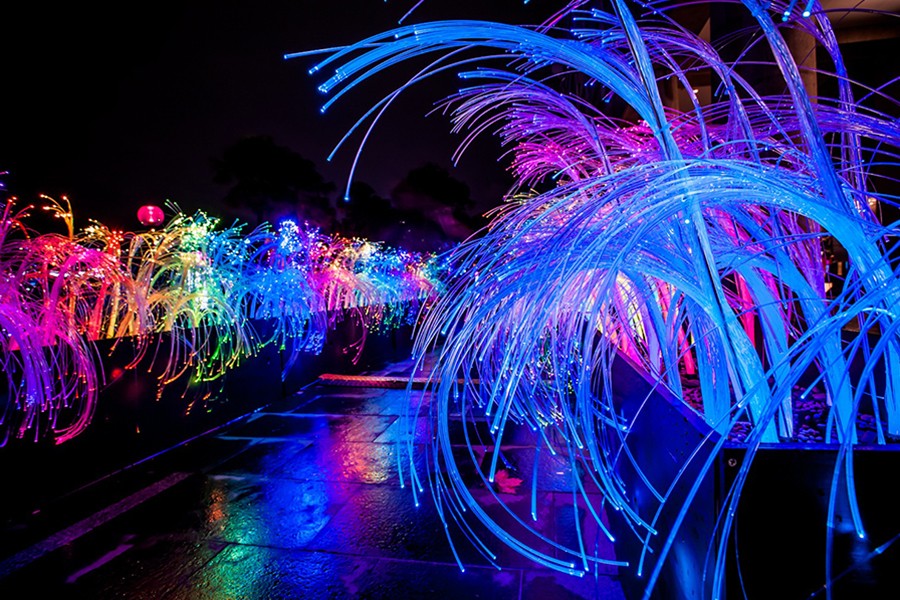 The sights and sounds making up Baltimore's Light City festival over the next week will include several performers from the Peabody Institute, while others from Johns Hopkins lend their expertise during a series of innovation conferences associated with the event.

The Peabody Bass Trio, a group of first-year students from the JHU music conservatory, will perform six shows during the weeklong festival, switching from their usual classical fare to The Beatles, Queen, Disney themes, along with other pop and rock selections.

The musicians—Andrew Butts, Brock Drevlow, and Noah Strevell—met last fall while studying under Peabody chair of strings Paul Johnson, finding a common motivation to "start a small ensemble dedicated to showcasing the artistic range of the double bass," according to Drevlow.

Along with the trio, the Brassanova Brass Quintet—another student ensemble from Peabody—will perform in Kaufman Plaza as part of the "Mini Light City," which is targeted to families.

Music is just one element of Light City. The festival, which returns for its second year today through April 8, hosts large-scale light installations, interactive artwork, concerts, discussions, and food vendors in Baltimore. The Inner Harbor is the focal point of activity, but there are related offerings in other neighborhoods.

Just north of downtown, the Peabody Institute will host performances of its own at its 609 Charles St. location, billed as "three nights of immersive music and light display."

And beyond the performances, a number of Johns Hopkins faculty, students, and alums will share their perspectives and expertise for Labs@Light City, a series of innovation conferences next week.

Some highlights of the conferences include: