Poretti was an expert in pediatric cerebellar abnormalities, neurodegenerative and neurogenetic disorders

Andrea Poretti, associate professor of radiology and radiological science at Johns Hopkins University's School of Medicine and an accomplished physician-scientist in the field of pediatric neurology and neuroimaging, died March 20 at his home in Baltimore from natural causes. He was 39. 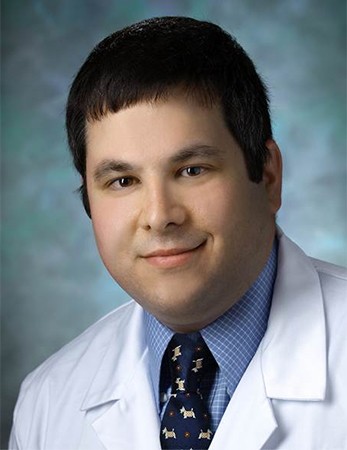 "Andrea was a perfect example of what makes Johns Hopkins great," said Karen Horton, interim director of radiology and radiological science at the Johns Hopkins University School of Medicine. "He was a true physician-scientist with an unrelenting commitment to improving patient care through the translation of his trailblazing research. He was also our colleague and friend. We are devastated by his death."

Born in April 1977 in Lugano, Switzerland, Poretti trained in pediatrics and pediatric neurology at the University Children's Hospital in Zurich, Switzerland. He was recruited to Johns Hopkins by Thierry Huisman in 2009 to join the Division of Pediatric Radiology as a research and postdoctoral fellow.

Poretti was a world-renowned expert in pediatric cerebellar abnormalities and neurodegenerative and neurogenetic disorders. Using his combined expertise in clinical pediatric neurology and neuroimaging, he identified and described a new syndrome that by consensus has become known in the literature as Poretti syndrome. He was in charge of the research mission of pediatric neuroradiology at Johns Hopkins, which he led with enthusiasm and boundless energy.

"Andrea was the most exceptional person," said Huisman, professor of radiology and radiological science at the School of Medicine, who knew Poretti as a close personal and academic friend for more than 15 years. "He was an extremely intelligent, hardworking, humble, and beloved scientist, clinician, and friend. His passing is an incredible loss to all people who had the privilege to know him."

In his time at Johns Hopkins, Poretti published more than 100 scientific papers and gave more than 150 invited lectures internationally. His outstanding academic output earned him the affectionate nickname "The Publicator." He mentored numerous promising young colleagues, was known for his encyclopedic knowledge and commitment to excellence, and was frequently consulted by radiologists and clinicians alike on "unknown" cases. Many physicians joked that "if Andrea did not know, most likely nobody would know."

Poretti was recently promoted to associate professor in the Department of Radiology and Radiological Science, and in December 2016, he had started working as an attending in the Division of Neurogenetics at the Kennedy Krieger Institute.

Poretti is survived by two brothers, his mother, and his father, all of whom live in Switzerland. A funeral mass will be held on Wednesday at the Cathedral of Mary Our Queen at 5200 N. Charles St. in Baltimore at 11 a.m. In lieu of flowers or other memorials, please consider a donation to help establish a research fellowship at Johns Hopkins in his name. Details are still being finalized; those interested may contact Thierry Huisman at thuisma1@jhmi.edu.