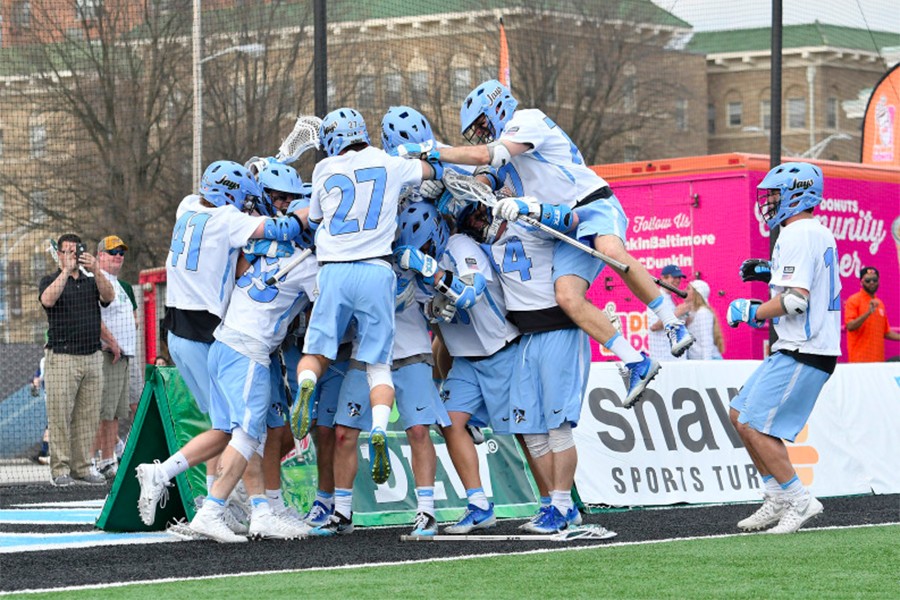 The win snapped a three-game losing skid for the No. 18 Blue Jays (5-3), who trailed by five goals early in the second half. It was JHU's first win in a game in which it surrendered 17 or more goals since a 21-20 win against Maryland on May 14, 1977. It was also the fourth consecutive regular-season meeting between Hopkins and UVA to be decided in overtime.

No. 15 Virginia (5-4) raced to a 10-4 advantage midway through the second quarter, fell behind after a 9-1 Hopkins run spanning the third and fourth quarters, then scored three times in the final two minutes to force overtime. The equalizer came from Zed Williams with just 13 seconds to play. Complete box score

But in extra time, Blue Jays defender Jack Rapine forced a Cavaliers turnover after Virginia won the opening faceoff, and following a time out, senior John Crawley dodged from behind the goal and slipped a perfect cross-crease pass to Stanwick, who bounced one into an open net to give Hopkins the win.

Johns Hopkins had 62 shots, the first time it has recorded more than 60 shots in a game since the 2004 season.

The Blue Jays begin Big Ten Conference play on Friday when they host Rutgers at 7 p.m.