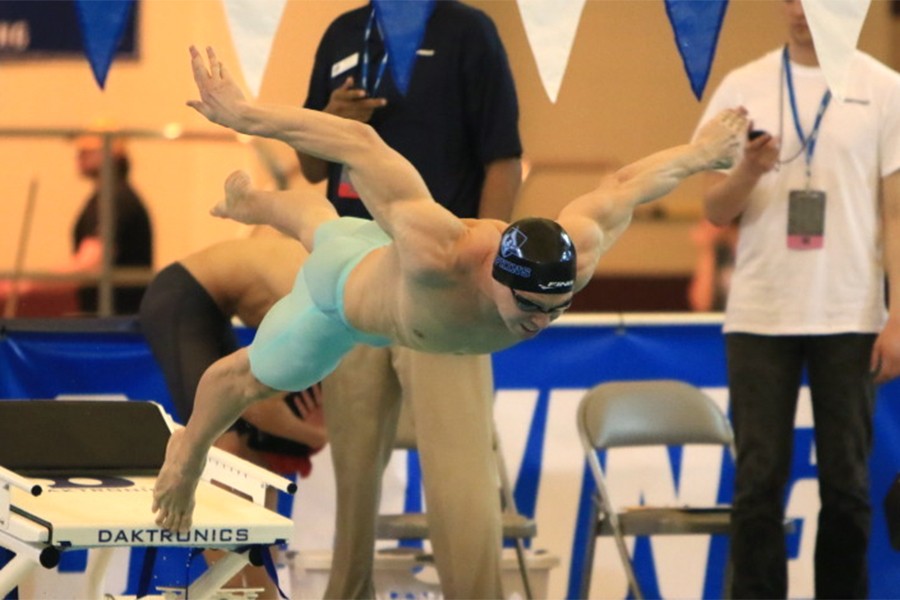 Johns Hopkins senior Evan Holder won the 200-yard freestyle on day two of the NCAA Division III Swimming & Diving Championships in Shenandoah, Texas, on Thursday night, outpacing the pack in a record-setting time of 1:36.32. Holder's time broke a 29-year-old national record, the longest-standing NCAA DIII swimming record on the books, by two-tenths of a second.

It was a fitting finish for the senior in his final meet with the Blue Jays. Holder finished 20th in the 200 free as a freshman in 2014, fourth as a sophomore, and second as a junior. On Thursday, in his final swim in the 200 free, he found himself in third place after 100 yards and in second after 150 yards, by just five-hundreths of a second. Holder closed strong for the win over the last 50 yards, finishing .66 seconds ahead of runner-up Thomas Gordon of Emory.

Holder also contributed to a pair of top-three relay finishes for the Blue Jays—Holder, Wohl, Mark Wilson, Michael Ashmead took second in the 200 freestyle relay in 1:21.07; and Holder, Wohl, Wilson, and Emile Kuyl placed third in the 400 medley relay in 3:16.04.