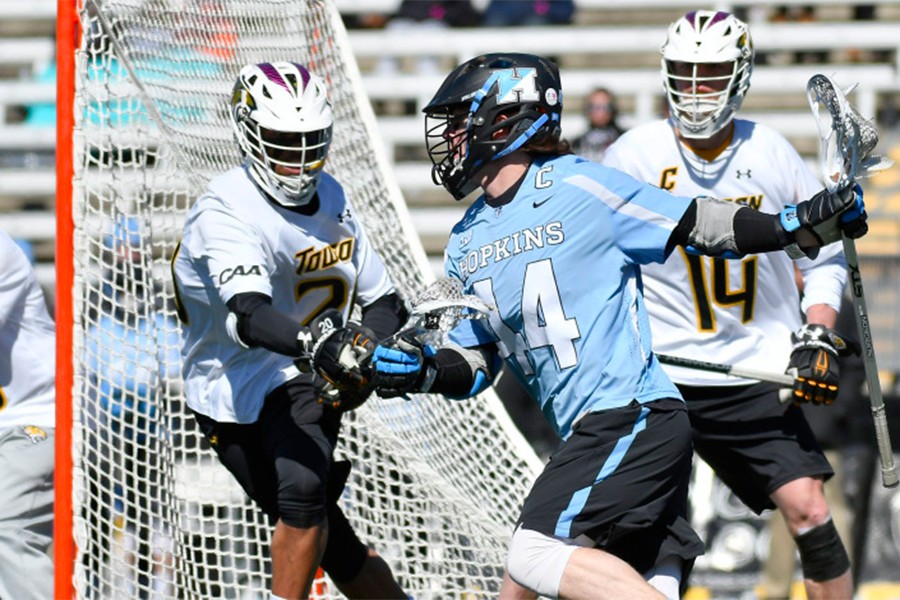 The Johns Hopkins men's lacrosse team fell behind in the second quarter and couldn't catch up in a 13-8 loss at No. 17 Towson on Saturday afternoon.

No. 6 Hopkins (4-2) lost on the road for the second weekend in a row after four straight wins to start the season.

Towson (4-1) trailed 4-3 in the second period but used a 4-0 run to take control, giving the Tigers their fifth win in 45 matchups against the Blue Jays. Complete box score

John Crawley paced Hopkins with three goals on a team-high nine shots. Kyle Marr added a pair of goals for JHU, which has been limited to 15 goals in its past two games after averaging 14.25 goals per game over its first four contests.

Johns Hopkins returns to action on Saturday when the Blue Jays welcome Syracuse to Homewood Field at 4 p.m.