Hopkins defeats No. 1 Cortland State, No. 2 Keystone to improve to 4-1 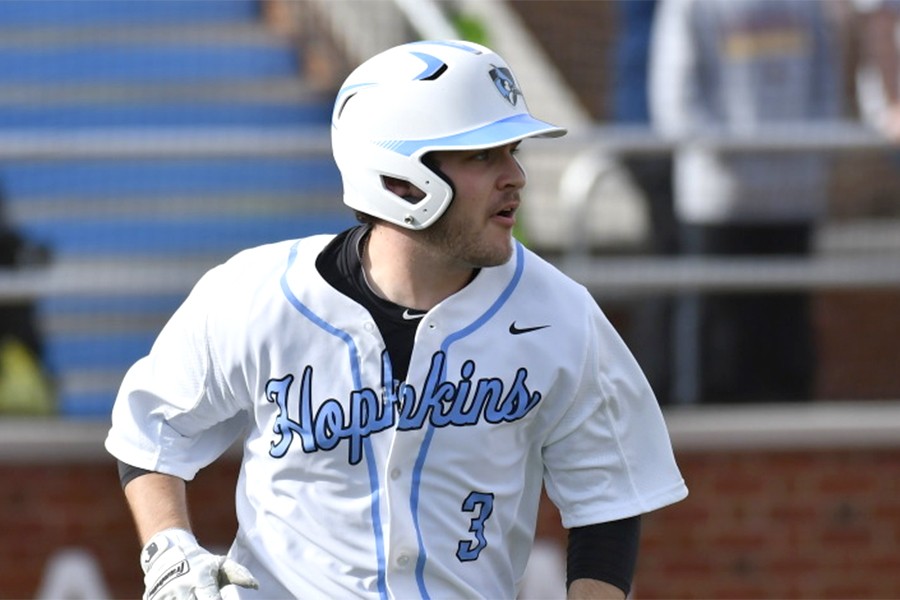 The Johns Hopkins baseball team had a big day on Sunday, taking down the No. 1- and No. 2-ranked Division III teams in the country in come-from-behind fashion.

In the first game, the Blue Jays trailed 5-4 in the bottom of the ninth inning against No. 1 Cortland State (5-2), but a one-out infield single from freshman Dillon Bowman followed by a two-out, two-run home run to left field by junior Mike Smith lifted Hopkins to a 6-5 win. The victory marked JHU's first win against a top-ranked team since May 24, 2008, when the Blue Jays topped Chapman, 5-4, in the DIII College World Series. Complete box score

Later in the day, Hopkins overcame a 6-1 deficit against second-ranked Keystone (0-2) to earn a 7-6 win. The game was called after seven innings due to darkness. Complete box score

With the wins, the Blue Jays improved to 4-1 on the season.