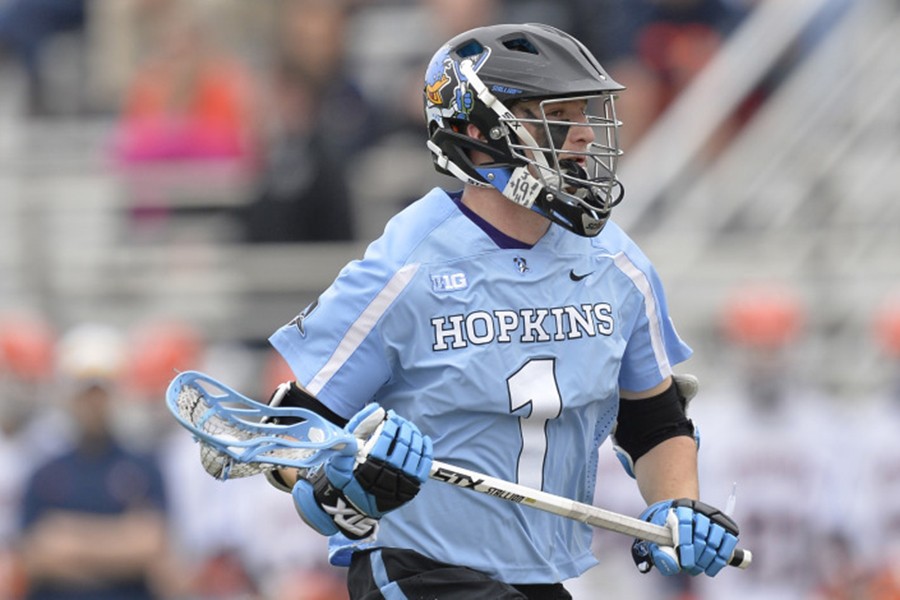 Image caption: Senior Joe Carlini had a pair of assists for Hopkins

The No. 3 Blue Jays fell behind early and never led in an 18-7 loss against the unranked Tigers on Friday afternoon in Princeton, New Jersey. The hosts scored the game's first three goals, went on a 10-0 run at one point, and were never threatened en route to their largest margin of victory ever in 87 games against Hopkins. Complete box score

Seven different players scored a single goal for Hopkins (4-1), and Joe Carlini had two assists. The Blue Jays, who came in averaging 14.25 goals per game—10th best in the nation—were held to their lowest scoring total of the season.

Goalkeeper Gerald Logan—who made 16 saves in a 13-5 win at UNC on Saturday and was named the Big Ten Conference specialist of the week—surrendered 14 goals and made just five saves before being replaced early in the second half.

Austin Sims netted a career-high six goals for the Tigers (3-1), who have won six of their past nine matchups with Hopkins.

Johns Hopkins will return to action on Saturday, March 11, when the Blue Jays visit Towson.