Johns Hopkins sophomore Felicia Koerner was named NCAA Division III Women's Athlete of the Week by the U.S. Track & Field and Cross Country Coaches Association earlier this week for her exceptional performance at the Centennial Conference Championships this past weekend. 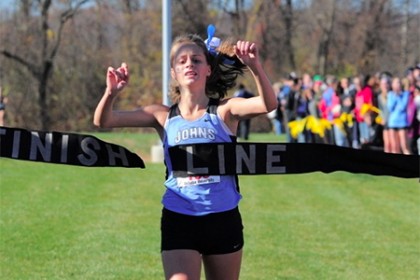 Koerner became the ninth female athlete to win both the 3,000- and 5,000-meter runs at the conference indoor championships. On the first day of the competition, Koerner posted a championships record 17:06.85 in the 5,000 meters to capture her first title. In the 3,000 meters, Koerner picked up her second event victory with a time of 9:59.70.

Koerner also competed in the mile run on the second day of the conference championship meet and finished second in 4:57.06.