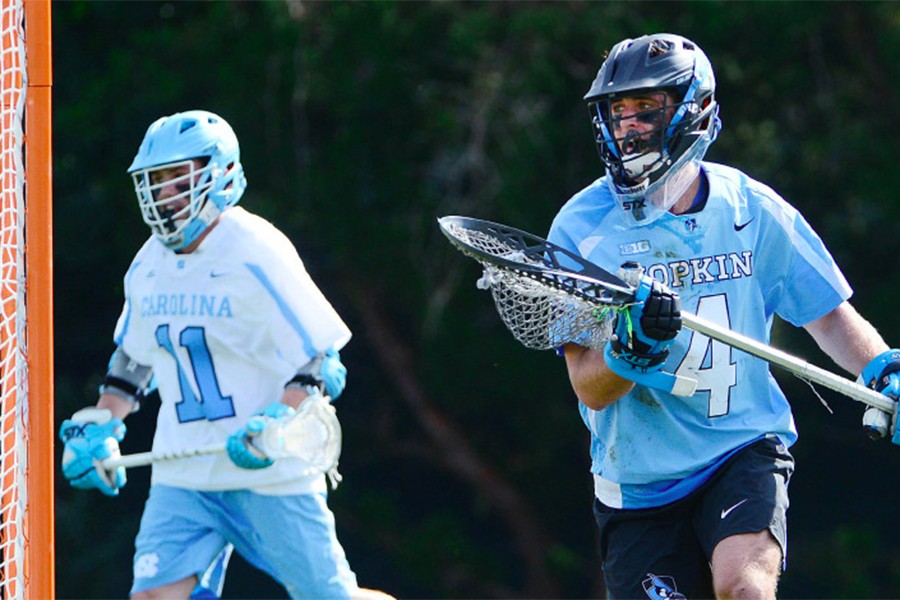 No. 5 Hopkins (4-0) never trailed and—after the third-ranked Tar Heels (3-1) pulled within 6-3 in the third quarter—ripped off a 7-1 run to put the game out of reach. The eight-goal margin of victory was the largest for the Blue Jays against UNC since 2001. Complete box score.

John Crawley paced Hopkins with four goals, Joel Tinney added two goals and two assists, and Wilkins Dismuke chipped in a pair of goals. Playing away from Homewood Field for the first time this season, JHU led 4-1 at halftime behind eight first-half saves from Logan.

Johns Hopkins will return to action on Friday when the Blue Jays travel to Princeton to take on the Tigers.