JHU Forums on Race in America panel to focus on intersectionality, identity 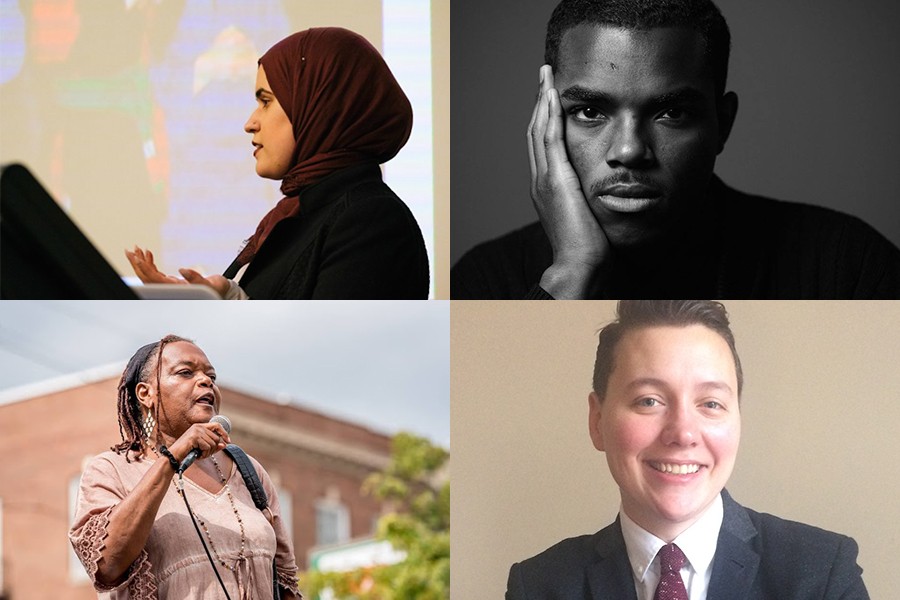 Intersecting dimensions of identity will be the subject of the next event in the JHU Forums on Race in America series, which will take place at 7 p.m. on March 7 at Johns Hopkins University's Shriver Hall.

Norma Day-Vines, a professor in the School of Education, will moderate a discussion with four panelists. She says that issues of race and representation "have become far more noxious, complex, and differentiated" in the second decade of the 21st century.

"In fact," she says, "we no longer discuss race as an isolated construct, because during more contemporary times, people are impacted by multiple overlapping social identities that include but are not limited to race, ethnicity, gender, social class positionality, sexual orientation, immigration status, ability-disability, linguistic origin, and religious affiliation."

As people's sociocultural and sociopolitical realities have shifted, "we are ushering in a new generation of young activists who represent a variety of constituent groups, exercise innovative approaches to social protest, and exhibit vast amounts of courage and a fierce determination to achieve social justice and systemic change," Day-Vines says.

The panel will include:

Laila Alawa, founder and CEO of The Tempest, a media company changing the narrative of diverse millennial women in the world. The Tempest has helped connect millions of people with more than 700 female thought leaders on every issue, disrupting the global media status quo. Prior to founding the company, Laila worked at the White House and for Congress, and she is often quoted in nationwide media outlets.

Payton Head, a recent graduate of the University of Missouri where he represented 28,000 students as president of the student government. In the aftermath of Ferguson, he spearheaded conversations about improving race relations and used social media to spark student activism, including through the #ConcernedStudents1950 movement. With the National Campus Leadership Council and the Department of Education, he co-authored a guide for student leaders for addressing inclusion, and as a member of the LGBTQ community, he facilitates dialogue on the intersection of race and sexual identities.

Mo Speller, a Johns Hopkins University doctoral student whose work explores the development of post-war housing codes, their relationship to historical color lines in cities, and how code enforcement can be used to demarcate boundaries of neighborhood and police race, class, and gender. Mo served as the program assistant for the Program in Racism, Immigration, and Citizenship at JHU. In 2014 he was awarded a Diversity Leadership Council grant to carry out the Safe and Accessible Restrooms Assessment at the university.

Monica Yorkman, co-founder of the Baltimore Transgender Alliance, works to unify and empower the city's trans communities, empower trans and gender non-conforming individuals, and increase those groups' political effectiveness. Inspired by her parents' activism, she has been a part of grassroots political organizations since high school and founded Sistas of the "t," an outreach, education, and advocacy organization that works with transgender women of color who engage in commercial sex work.

This is the third event of the 2016-17 academic year for the JHU Forums on Race in America, which began in 2015 to promote open, thoughtful, and informed community conversation about race and racism. Previous installments examined "The Next 50 years: Black Power's Afterlife and the Struggle for Social Justice" and "Latinos in America, post-election."

Information is on the JHU Forums on Race in America website. There is no cost to attend, but online registration is requested. 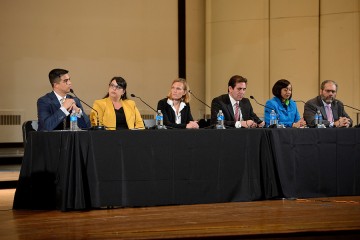 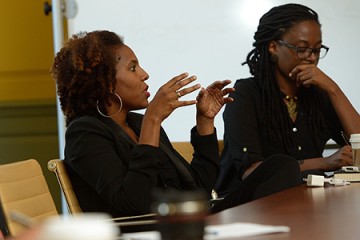