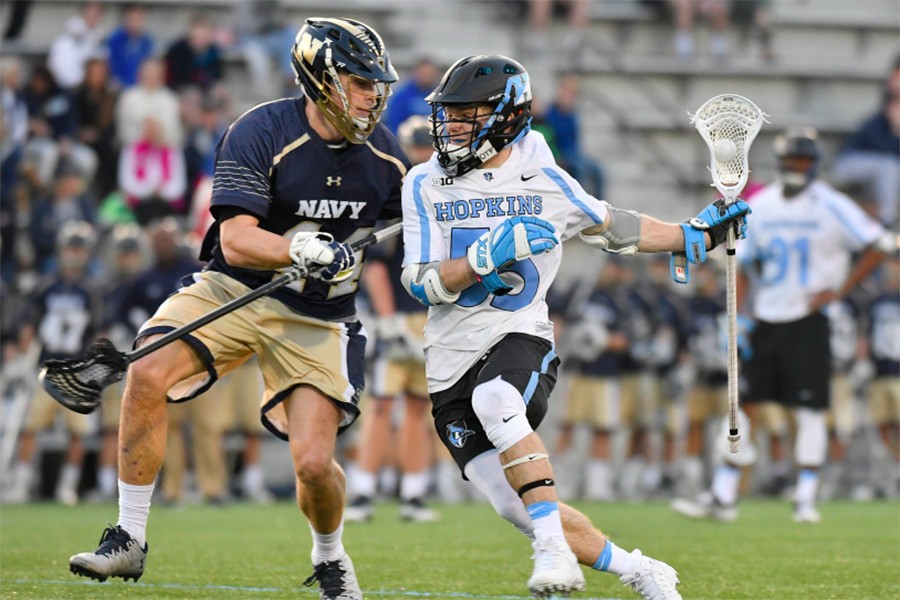 Three players scored three goals as the eighth-ranked Johns Hopkins men's lacrosse team pulled away for a 15-8 win against No. 10 Navy at Homewood Field on Tuesday night.

The Blue Jays (1-0) fell behind early when the Midshipmen (0-1) scored the game's first three goals. The score was tied at 7 midway through the third quarter, but Hopkins closed on an 8-1 run for a decisive victory. Complete box score

Junior midfielder Joel Tinney scored three goals in his first game action since May 2015, including one on a perfectly executed hidden ball trick.

Goalkeeper Gerald Logan made eight saves for the Blue Jays, who return to action Saturday at 1 p.m. against UMBC at Homewood Field.