A Johns Hopkins study has found that cocaine users are more likely to exhibit signs of "sexual impatience" while on the drug, making them more likely to engage in risky behaviors such as not using a condom during a sexual encounter with a stranger.

Cocaine, a stimulant associated with creating feelings of euphoria and high energy, has long been tied anecdotally to impulsive behavior, including risky sex. The relationship has been difficult to study with any scientifically controlled rigor. The study, published online in the journal Psychopharmacology last month, uses a series of hypothetical questions to help researchers understand the connection.

"The bottom line is that cocaine appears to increase sexual desire, and ... makes people less willing to postpone sex to get a condom."
Matthew Johnson
Johns Hopkins School of Medicine

"Our study affirms and may help explain why people who regularly use cocaine are more willing to partake in risky sex when under the influence of cocaine, and underscores why public health officials and physicians should be ensuring that cocaine users are supplied with condoms to prevent the spread of sexually transmitted disease," says Matthew Johnson, an associate professor of psychiatry and behavioral sciences at the Johns Hopkins University School of Medicine.

They were observed until the effects of the drug wore off (when their blood pressure dropped below 150 over 100 millimeters of mercury).

Participants were then shown 60 photographs of people—men and women—and asked to respond to hypothetical scenarios involving casual sexual encounters with the people depicted in the photos.

The scenarios included how likely the participant would be to use a condom during sexual activity if it were incrementally more time-consuming to obtain one—from a condom being immediately available to being available after periods of two minutes, five minutes, 15 minutes, 30 minutes, one hour, three hours and six hours.

The longer a participant on cocaine had to wait to use a condom, the more willing they were to have sex without one.

The scenarios also recorded how likely each participant would be to have sex without a condom when the hypothetical partner was increasingly likely to have a sexually transmitted infection. Likelihoods ranged from one in 10,000 chance, to one in 2,000, to one in 100, to one in one, meaning the hypothetical partner was definitely infected. Participants on either dose of cocaine were more likely than their non-dosed counterparts to not use a condom despite increased chances of contracting an STI.

"The bottom line is that cocaine appears to increase sexual desire, and even though users who are on cocaine report being likely to use a condom if they had one in a risky sex situation, if a condom isn't available, cocaine makes people less willing to postpone sex to get a condom," Johnson says. "They become more impatient when it comes to waiting for sex." 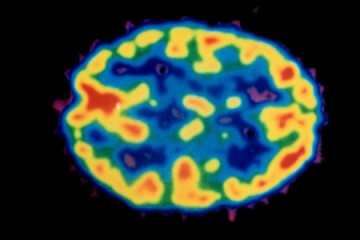 The brain on cocaine 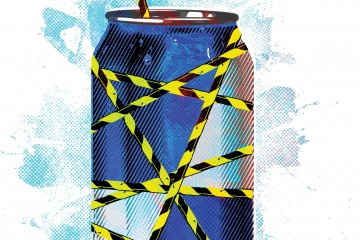 Risk in a can 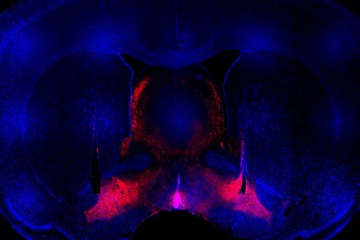