Want more face time with your doctor? Arrive early for your appointment

Clinicians spend more time face-to-face with their patients when the clinic operates on schedule compared to when the clinic is running late, a study from the Johns Hopkins University School of Medicine has found.

"There is always tension between spending time with patients so they leave feeling I've really listened to them and keeping patients' wait times down."
Kayode Williams, School of Medicine

The researchers say the retrospective study, summarized in a 2016 report published in BMJ Open, confirms for health care services what is a commonly observed phenomenon in grocery store and bank teller lines: Once lines get backed up, service providers become less consistent in their behaviors and "shortchange" time spent with customers in order to catch up.

"We definitely demonstrated that the amount of time physicians spend with patients is influenced by whether doctors perceive their clinics are running on or behind schedule," says the study's clinical leader Kayode Williams, an associate professor of anesthesiology and critical care medicine at the Johns Hopkins University School of Medicine. "There is always tension between spending time with patients so they leave feeling I've really listened to them and keeping patients' wait times down."

While intuition may suggest that adapting behavior to catch up with the clinic's schedule will help the clinic run smoother, the researchers found that it harms the efficiency of a clinic by adding unpredictable time variability to the system. The researchers plugged their data into a computer model to artificially expand the sample size to thousands more theoretical patients, finding that on a model of 10,000 doctor-patient sessions, physician behavior would cause the clinic to run behind schedule, even if patient tardiness is eliminated.

"We didn't originally think that physicians would be aware of the congestion in the clinic because they were not out in the waiting room seeing the congestion," says Maqbool Dada, professor of operations management and business analytics at JHU's Carey Business School with a joint appointment in anesthesiology and critical care medicine at the School of Medicine. "But it appears they could sense the rhythm of the clinic."

The researchers also modeled a "clinic" in which all patients were treated as though they were in group B, receiving the average amount of face-to-face time with physicians. The researchers found that both the average time it took to get patients from check-in to checkout and the variability in those times among patients could be reduced by changing clinician behavior to be more consistent across all patients. Considering the same clinic with more consistent behavior, waiting times would drop by 34 percent.

"The take-home message is that one way to ease the trade-off between wait time and face time is to reduce uncertainty in the overall system," says Chester Chambers, assistant professor of operations management at Carey and an associate faculty member at the Armstrong Institute for Patient Safety and Quality. 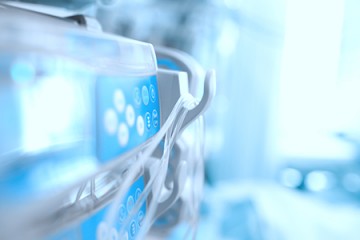 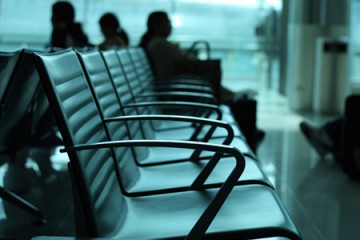