After review, closure of Johns Hopkins Humanities Center 'will not be considered'

An interdisciplinary committee tasked with making recommendations about the future of Johns Hopkins University's Humanities Center has advised against closing the half-century-old academic center—a possibility that had prompted protests on campus and from alumni.

"I look forward to completing this important process and want to reiterate that we are committed to maintaining and enhancing the robust humanities scholarship that thrives here at Johns Hopkins."
Beverly Wendland, Krieger School dean

Beverly Wendland, dean of the Krieger School of Arts and Sciences—home to the Humanities Center—will review the committee's recommendations with Provost Sunil Kumar.

"I am deeply grateful to Dean Winston Tabb and members of the committee," Wendland wrote in a letter accompanying the report, which was released earlier this week. "They worked tirelessly to prepare a thoughtful, deliberate, unbiased, and thorough report."

Wendland did not indicate a timeframe for deciding on a course of action, but noted that "departmental closure will not be considered.

"I look forward to completing this important process," she added, "and want to reiterate that we are committed to maintaining and enhancing the robust humanities scholarship that thrives here at Johns Hopkins."

The center has significantly reshaped its academic and degree-granting functions since its founding in 1966, resulting in, the committee concluded, something of an identity crisis. Where it once served as an interdisciplinary consortium of the 10 Johns Hopkins humanities departments, it now more closely resembles a department in its own right, granting its own graduate degrees, hiring its own faculty, and increasingly refining its academic focus on literary fields.

Clash at Hopkins over future of 50-year-old Humanities Center

The report notes that the Humanities Center's transition to academic department has been incomplete. Certain vestiges and idiosyncrasies from its 50-year history—including its name and leadership structure—remain.

The committee's suggestions, as outlined in the report, aim to address some of those issues. The three suggested options are:

"All three of these options are proposed in a hopeful, optimistic spirit," the review committee says in the report. "[W]e hope that one of the options we have proposed can be implemented fairly rapidly to bring the period of uncertainty to a close."

"We are deeply grateful to all those who have actively stood with us … and look forward to constructive conversations with the administration to forge a path forward."
Hent de Vries, Humanities Center director

Over the past year, the ongoing review of the Humanities Center—and specifically concerns about a closure of the historic but unconventional department—sparked an outcry from students, faculty, and alumni.

Ben Gillespie, a fifth-year PhD candidate in the center studying poetry, print culture, and the visual arts in the 19th and 20th centuries, was among those who organized the opposition. He helped circulate a petition that has collected more than 4,700 signatures to date; coordinated student responses to university administration; helped organize a campus protest; and represented Humanities Center graduate students in meetings with the review committee, Wendland, and Kumar.

"I was motivated both by the desire to preserve the department that has supported interdisciplinary research like mine for half a century, as well as the desire to protect innovative humanistic inquiry at Hopkins," Gillespie said. "[The threat of] departmental closure would place all graduate students in strange limbo and endanger our junior faculty's tenure prospects.

"Graduate students are uniquely vulnerable as department reputation plays a major role in job placement, whether it be academic or not … I acted to protect my interests and those of the students and faculty around me—though we reflect an array of scholastic interests that exceeds most conventional departments, we work with, edify, and stand up for one another."

The center's director, Hent de Vries, indicated he was pleased with the outcome of the review.

"We are deeply grateful to all those who have actively stood with us during this unfortunate episode, not least the very lucid and responsible Humanities Center graduate students and the broader student body, and look forward to constructive conversations with the administration to forge a path forward," he wrote in an email to the Hub. 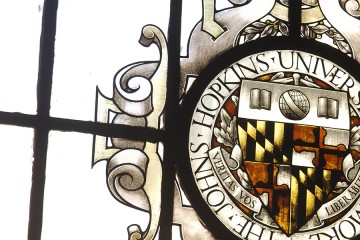 New institute for the humanities established 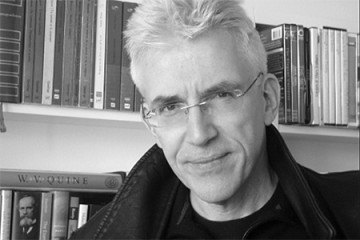