A new book by Eliot Cohen, who made headlines last year for his frank criticism of Donald Trump, serves as "both an implicit critique of the president-elect's worldview (to the extent that he has one) and a toothsome snack for those who despise Mr. Trump," writes Jessica Senior, who reviewed Cohen's work recently for The New York Times Book Review.

To An Anxious Friend...

‘Stay Away’: A ‘Never Trumper’ on Serving in the Trump Administration

That Cohen, a professor of strategic studies at the Johns Hopkins School of Advanced International Studies, doesn't see eye to eye with Trump on foreign policy should come as no surprise.

The former aide to Condoleezza Rice under George W. Bush, helped organize and publish in August an open letter signed by 50 national security officials denouncing Trump as unfit for office. He doubled down in November in a_Washington Post_ op-ed in which he warned that "service in the early phase of the [Trump] administration would carry a high risk of compromising one's integrity and reputation" and urging young Republican civil servants to stay away.

In The Big Stick: The Limits of Soft Power and the Necessity of Military Force, Cohen makes "an unfashionable, unabashed and—above all—unwavering case for the use of force in the service of American security and ideals," Senior writes.

Cohen's position in The Big Stick—that fighting terror and protecting America's interests requires substantial and sustained military power—is not without its critics. Senior says she wrote "violent objections in the margins" as she read.

But his writing is "pleasing" and thoughtful, and whether or not the reader agrees with his positions, "it's easy to spend time in his company," Senior notes.

Cohen is the author or co-author of eight books, most recently Conquered into Liberty: Two Centuries of Battles along the Great Warpath that made the American Way of War (2011), winner of the Society of Colonial Wars annual book award. 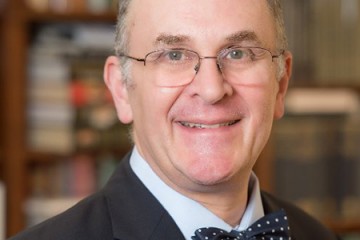