Teen requests for cosmetic surgery on the rise

A self-conscious teenager is nothing new; neither is the human desire to augment the body for beauty. What is new, though, is the scope of surgeries that these young patients are requesting. 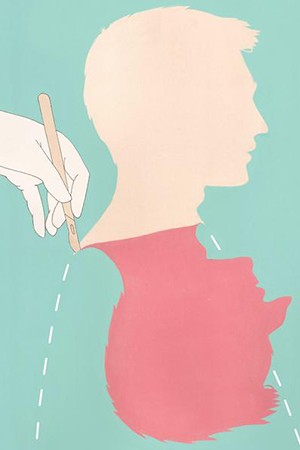 Physicians around the country are developing new ethical standards and protocols for dealing with a rise in requests for teen enhancement and cosmetic surgery, the Johns Hopkins Health Review reports. And those requests don't only come from the teens themselves—often their parents are suggesting they go under the knife.

Margaret Moon, a Johns Hopkins pediatrician and bioethicist, tells the Health Review she remembers a colleague sharing a story about parents who had requested a growth hormone, not because their son was hormone-deficient, but because he aspired to play baseball in college, and every inch helped, the parents believed. Moon says she had also heard about a surge in requests for the prescription stimulants Ritalin and Adderal, which doctors suspected would be used as study drugs.

"Medicine is hard enough," says Moon, a core faculty member with the Johns Hopkins Berman Institute of Bioethics. "Faced with requests for enhancements, health care providers need more help. It's not as simple as saying yes or no to the patient, but [rather] providing more information on what enhancement means for the individual and that particular case. You can't just paint enhancement with a broad brush and say, here's what it means for everyone."

Moon aims to develop better guidance for physicians in responding to patient requests for enhancements, which can create a host of ethical quandaries.

"[Enhancement consultations] can be a confusing situation for the medical provider," Moon says. "They'll say, 'It's my responsibility to make my patients well,' but the patient's sense of well-being may not be parallel with the physician's definition of medical well-being. If the patient has a goal that may be outside the bounds of medicine but requires a physician to participate, such as surgery and prescriptions, the physician has to make a decision about whether or not to participate. We don't have a good framework for making that choice."

Such guidance would be helpful for doctors like Amir Dorafshar, a Johns Hopkins pediatric plastic surgeon who performs a combination of cosmetic and medical procedures, from pinning back prominent ears to correcting congenital facial defects.

"We don't have many black or white cases, but rather a lot of gray zones," he says. "For example, when a young woman's breast is abnormally large and has grown out of proportion, is that a medical condition? What is normal and what is just outside normal? And when does an insurance company regard this as a medical condition versus a cosmetic issue? Do they have pain, soreness, or skin problems?"

Dorafshar says he weighs all these factors before opting for surgery.