Johns Hopkins senior recognized for her commitment to public health 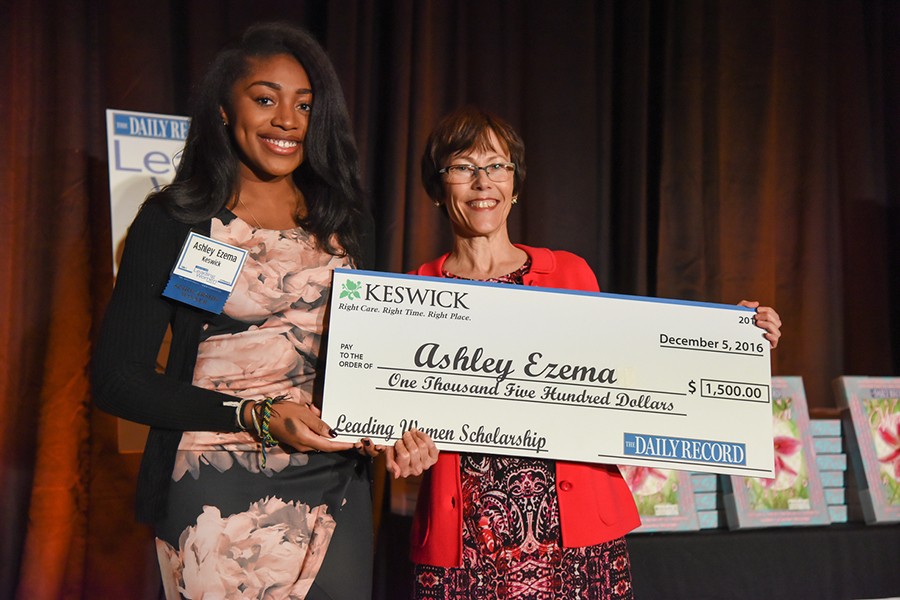 Ashley Ezema sat in the car as it traveled along a bumpy Nigerian road to her father's village. She remembers thinking the car might tip over, but her group pressed on.

Once they reached the village, Ezema's extended family—whom she had never met—welcomed her with warmness and hospitality.

While staying in the village, Ezema noticed a lack of resources in the area, including access to healthcare. She also observed how proud the people were of her father, the first physician from the town.

"I feel like being a physician is more than just prescribing medications, but also getting to know your patients and how you can help them as people."
Ashley Ezema, JHU senior

It was on this 2007 trip to Nigeria that Ezema said she experienced culture shock. But also, perhaps, discovered a calling.

"I saw the way everyone respected my father and I wanted to emulate that, so it seemed logical to aspire to become a physician as well," said Ezema, a senior public health studies major at Johns Hopkins University.

Recently, Ezema was selected as The Daily Record's 2016 Leading Women Scholarship recipient. The award, which includes $1,500, honors a student pursuing a degree in public health, nursing, geriatrics, or a health-related major/degree at a four-year, fully accredited Maryland college or university.

"Ashley is a true standout," Folda wrote in the nomination letter. "She has poise and purpose, and has spent her undergraduate career taking deliberate steps to further her understanding of and capacity in health disparities."

Ezema said she was attracted to the bustle of Baltimore and also its predominantly black population, a contrast to her homogeneous hometown in New Jersey.

Though originally a behavioral biology student, she changed her major after learning more about public health.

"[The classes] made me realize that if I wanted to be a successful physician, I had to have a firm understanding of the environmental pressures outside of the examination room that impact health outcomes," Ezema said.

She also realized that she could become an advocate for her future patients.

"I feel like being a physician is more than just prescribing medications," she said, "but also getting to know your patients and how you can help them as people."

During her sophomore year, Ezema joined Health Leads, an organization with a mission to provide resources to people from underserved communities, such as food stamps, an energy bill payment plan, or transportation assistance.

Now she tutors local students as a member of Women's Pre-Health Leadership Society and conducts research alongside her mentor, Roland Thorpe Jr., an associate professor at JHU's Bloomberg School of Public Health. Together they have focused on topics related to racial health disparities.

Ezema's Nigerian heritage "informs her strong desire to ameliorate some of the challenges that its residents experience," Folda wrote. "This also translates into a sense of responsibility on behalf of others who may be part of vulnerable and under-resourced population here in the [U.S.]"

Ezema, who admitted she was surprised to win the award, said she plans to use the scholarship money to pay for medical school applications. Her parents drove from New Jersey to accompany her at the 2016 Leading Women awards ceremony earlier this month.

"I'm just glad that they got to be there to celebrate my achievement, especially since they are my first role models and avid supporters," she said. "Wining this award was a reminder that hard work always pays off in the end."